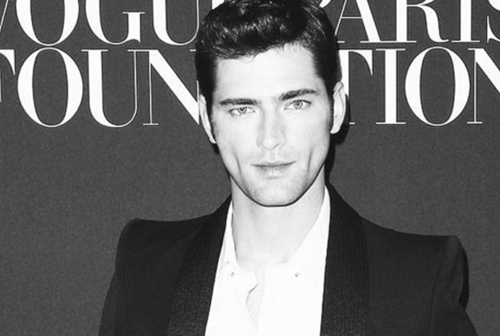 American designer Thom Browne shed the heavy wool blacks and grays of his Autumn/Winter 2017 line to celebrate July 4th in style. Hoping to wish followers a happy independence, tattooed model Simon Kotyk donned a red, white, and blue one piece, complete with snapping, marine bag, to showcase patriotism at its most overt.

Salvatore Ferragamo flexed its devious side with a look at its latest scent, La Commedia, as part of its Tuscan Soul Quintessential Collection. A unisex fragrance, the Spring release is inspired by the harrowing works of Dante, named for his “Divine Comedy” narrative, and features the assumed fiery passion one would expect of the collection’s eighth iteration.

After debuting his ZAYN x VERSUS line alongside Versace, the former 1D member took to Instagram to showcase a scrapbooked peek at ways to rock his namesake collection. Featuring a skateboarding home video, the looks feed into the punk vibe of the line’s Greg Harris-shot campaign, featuring model Bella Hadid—ZXV proving to be a young rebel’s latest uniform.