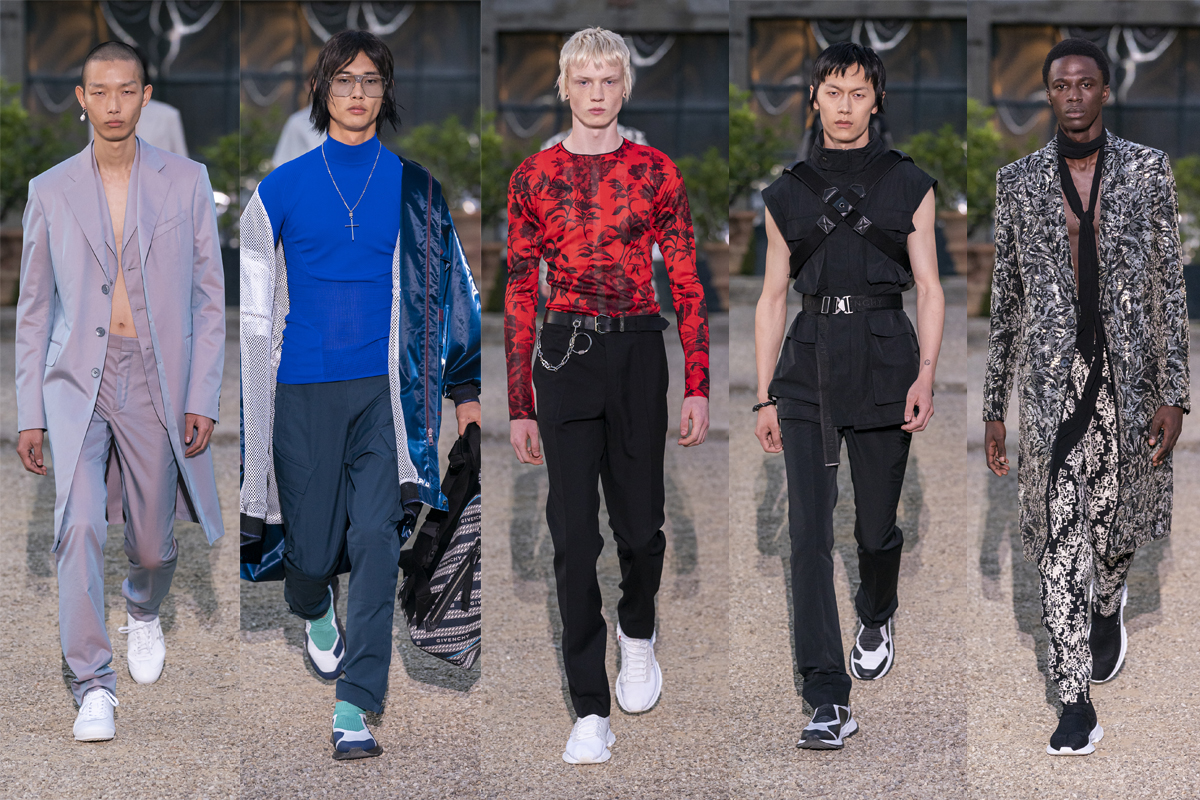 Following a small standalone menswear debut in January, which consisted of posh and understated tailoring, artistic director Claire Waight Keller took this strength even further for her first official men’s runway show in Florence for Givenchy‘s Spring/Summer 2020 collection. The impeccable tailoring she mastered during stints at Calvin Klein and effortless minimalism of Chloe were all evident, with a focus on combining new materials and retro post-internet cues into traditional menswear staples.

Sharp yet relaxed tailoring was the foundation of the collection. And following similar suit-heavy presentations from Louis Vuitton and Dior, it’s safe to say that suits are cool again. Blazers were made double-breasted and often left open to reveal fitted mock-turtleneck cycling shirts that were equal parts sportswear and ’90s raver. This techno theme was further emphasized with slightly reflective fabrics (especially with the range of translucent parkas made from innovative Korean textiles), and baggy cargo trousers accessorized with wallet chains, in addition to other industrial hardware sprinkled throughout. One red fitted shirt featured a black rose graphic print that seemed to be a nod to the gothic imagery that Ricardo Tisci made synonymous with the label during his reign. Another highlight was the reveal of a surprise footwear collaboration with Onitsuka Tiger. It’s clear that Waight Keller isn’t afraid to reference her own legacy, as well as Givenchy’s own heritage, as she continues to leave her mark.