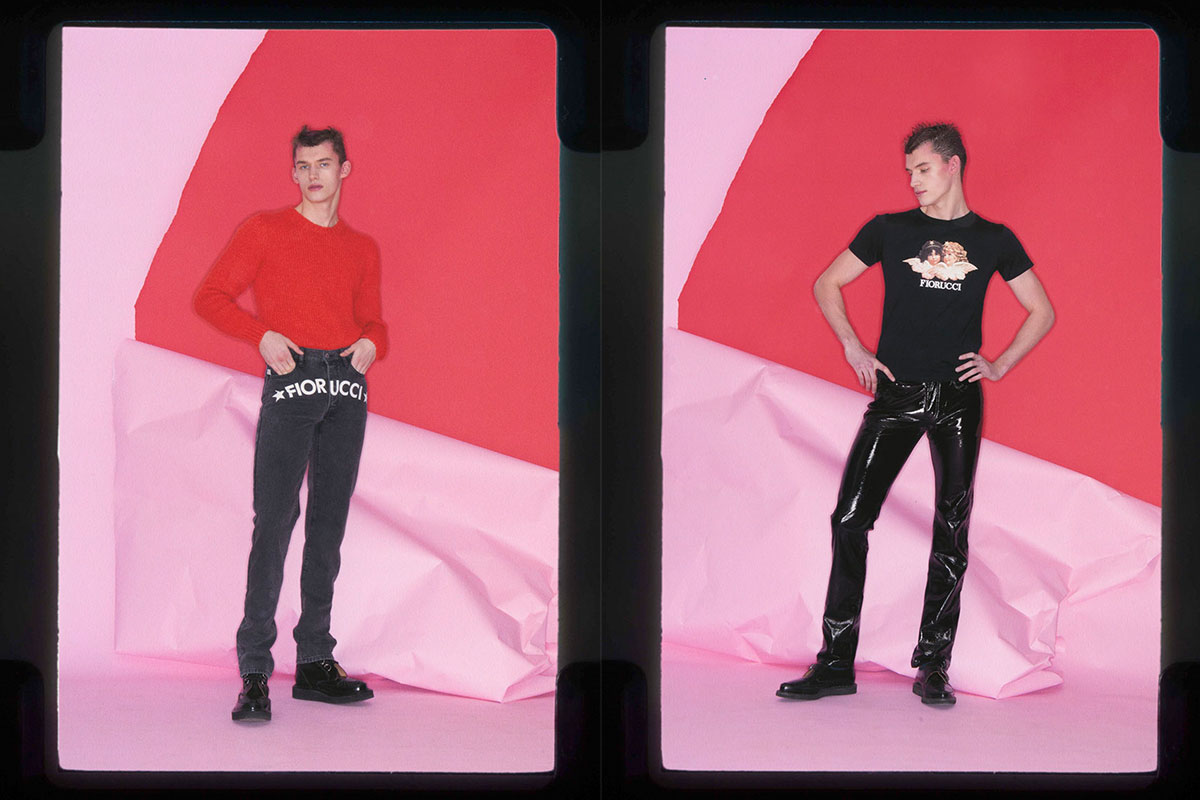 At the end of last year, Daniel W. Fletcher was announced as the new men’s artistic director for Fiorucci. The beloved Italian brand has been working on a comeback since 2017 following the death of its eponymous founder, with a series of pop-up shops and a newly opened flagship store in London setting the foundation for a full revival. The appointment of a cool British designer (Fletcher launched his own namesake line in 2016) was a logical next step and after looking at the first menswear line under his eye, it’s easy to see why.

Fiorucci has always been a fun and cheeky label and Fletcher understands this, referencing the designer’s most recognizable imagery from its extensive catalog. The famous baby face print is featured on a black T-shirt paired with some glossy vinyl jeans. There’s also a full vinyl jacket and pants look in baby blue. Elsewhere, the brand indicates its return with a bang (almost literally) with a repeating motif of comic-like explosive graphics and all-over logo prints. A pair of stone-washed jeans with the designer’s name stamped across the crotch is classic Fiorucci as seen by Fletcher. It’s a fresh yet honorable succession for the designer and a promising glimpse at what’s in store for the second coming of the designer. Take a look at some of the looks below. 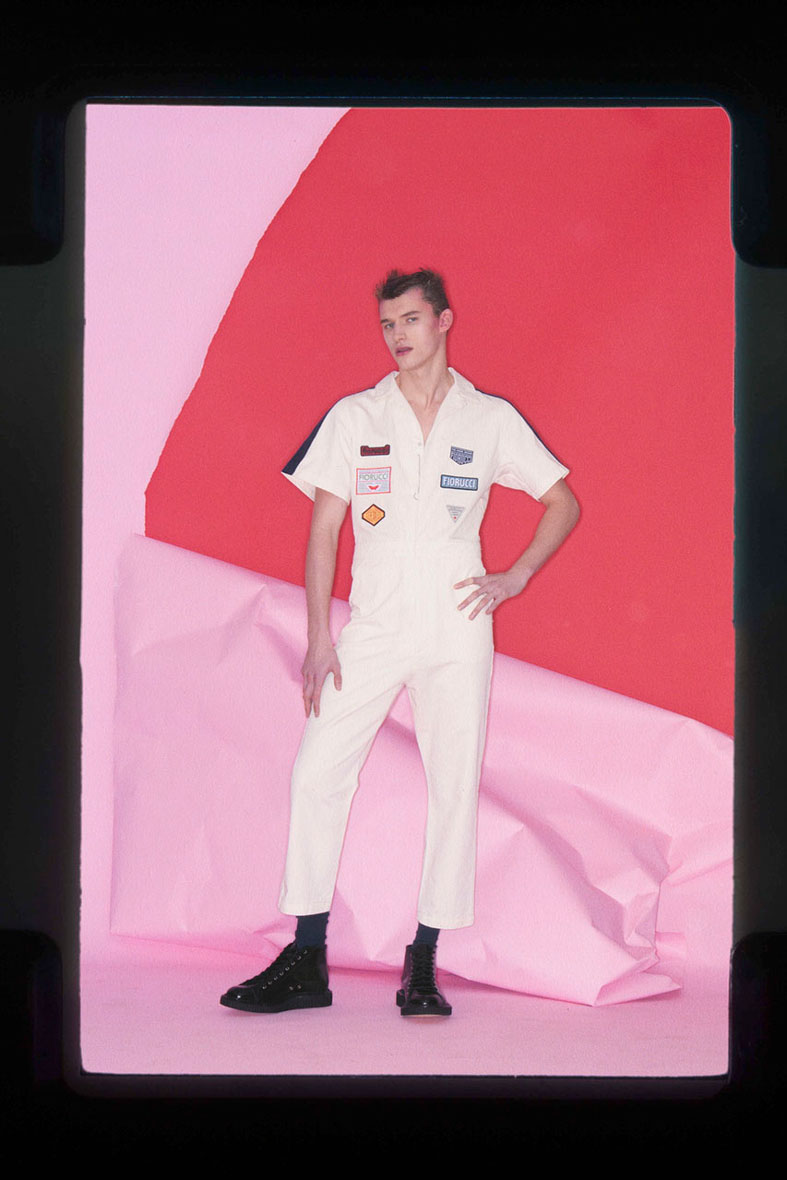 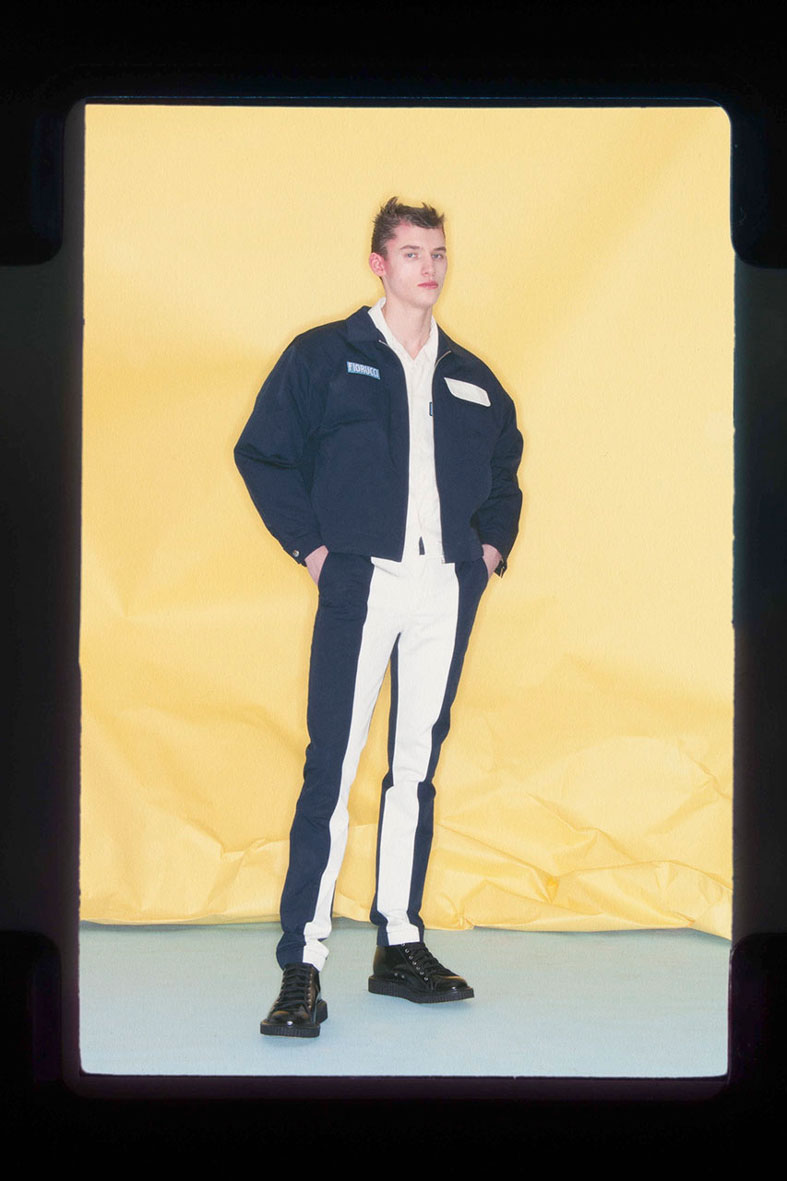 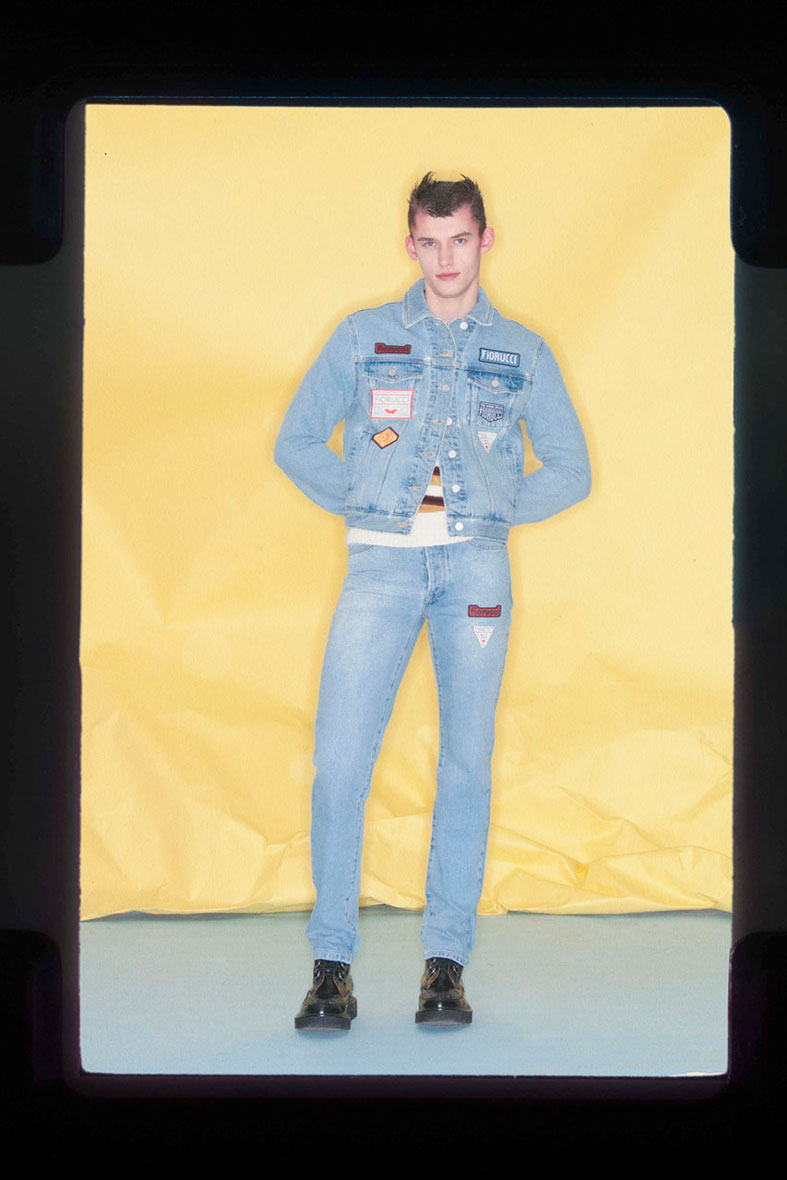 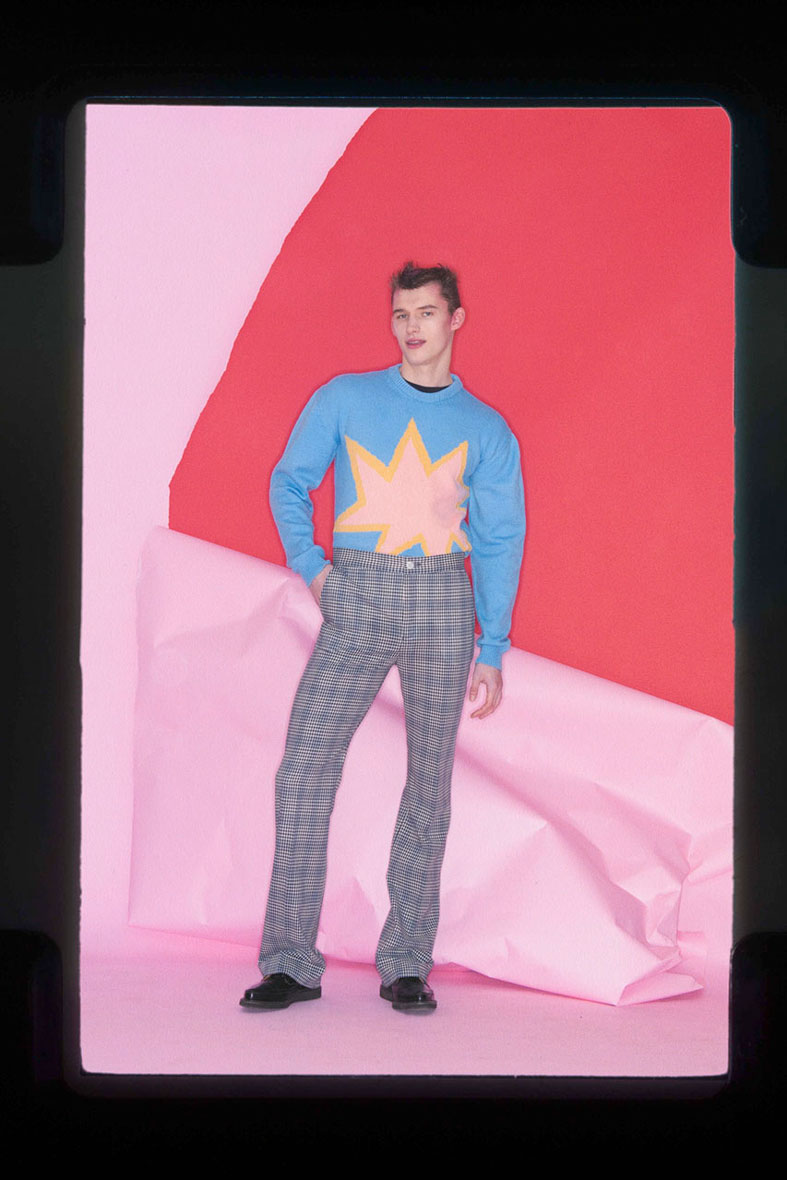 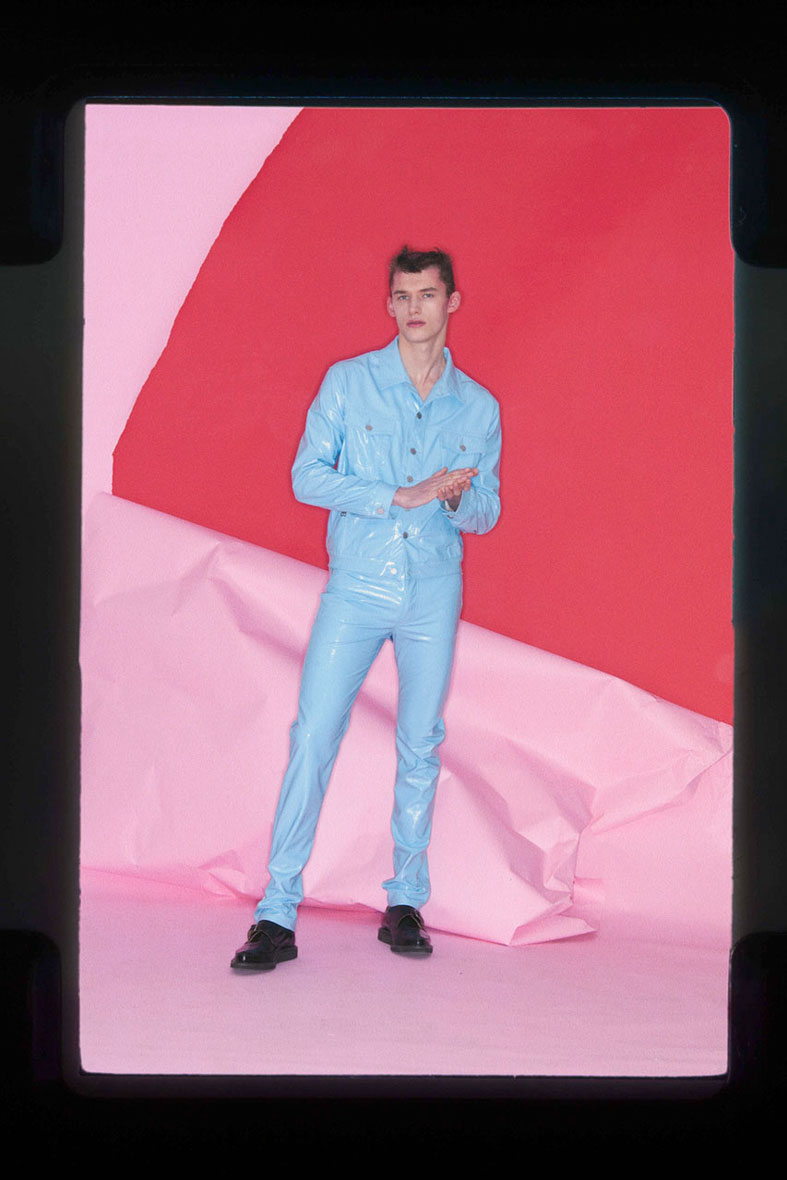 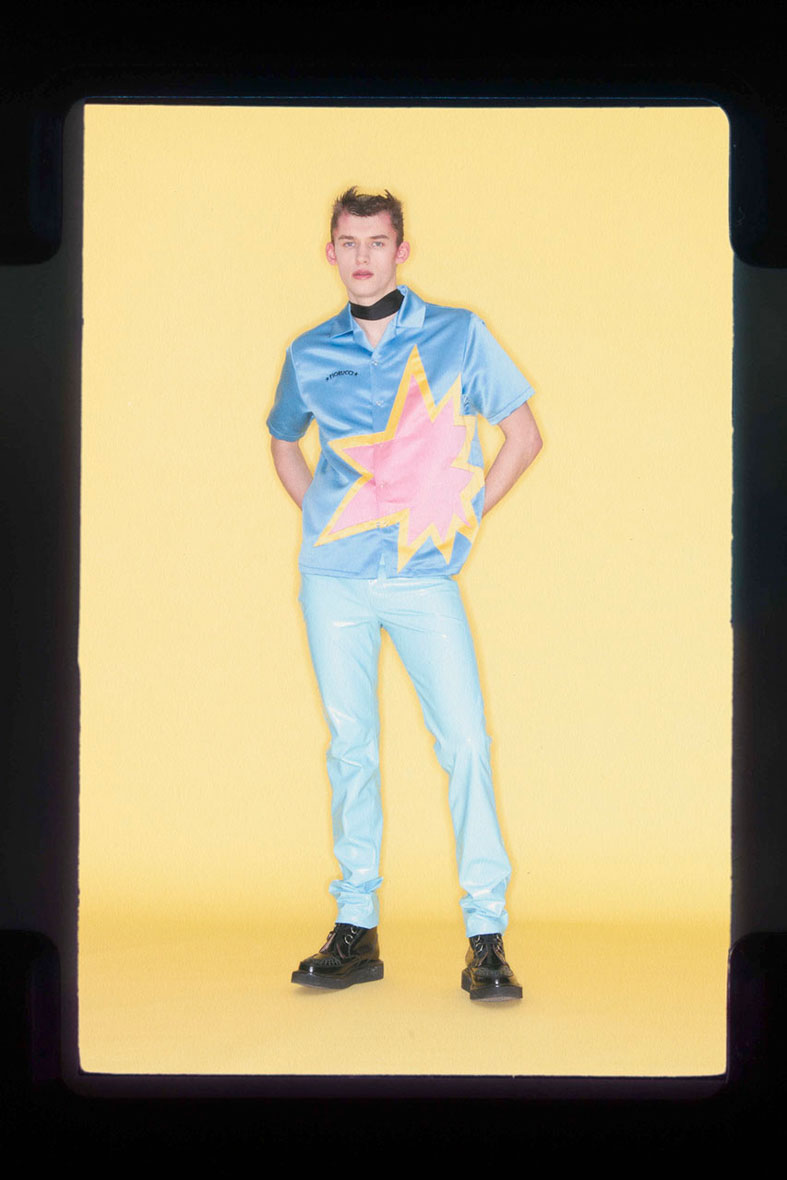