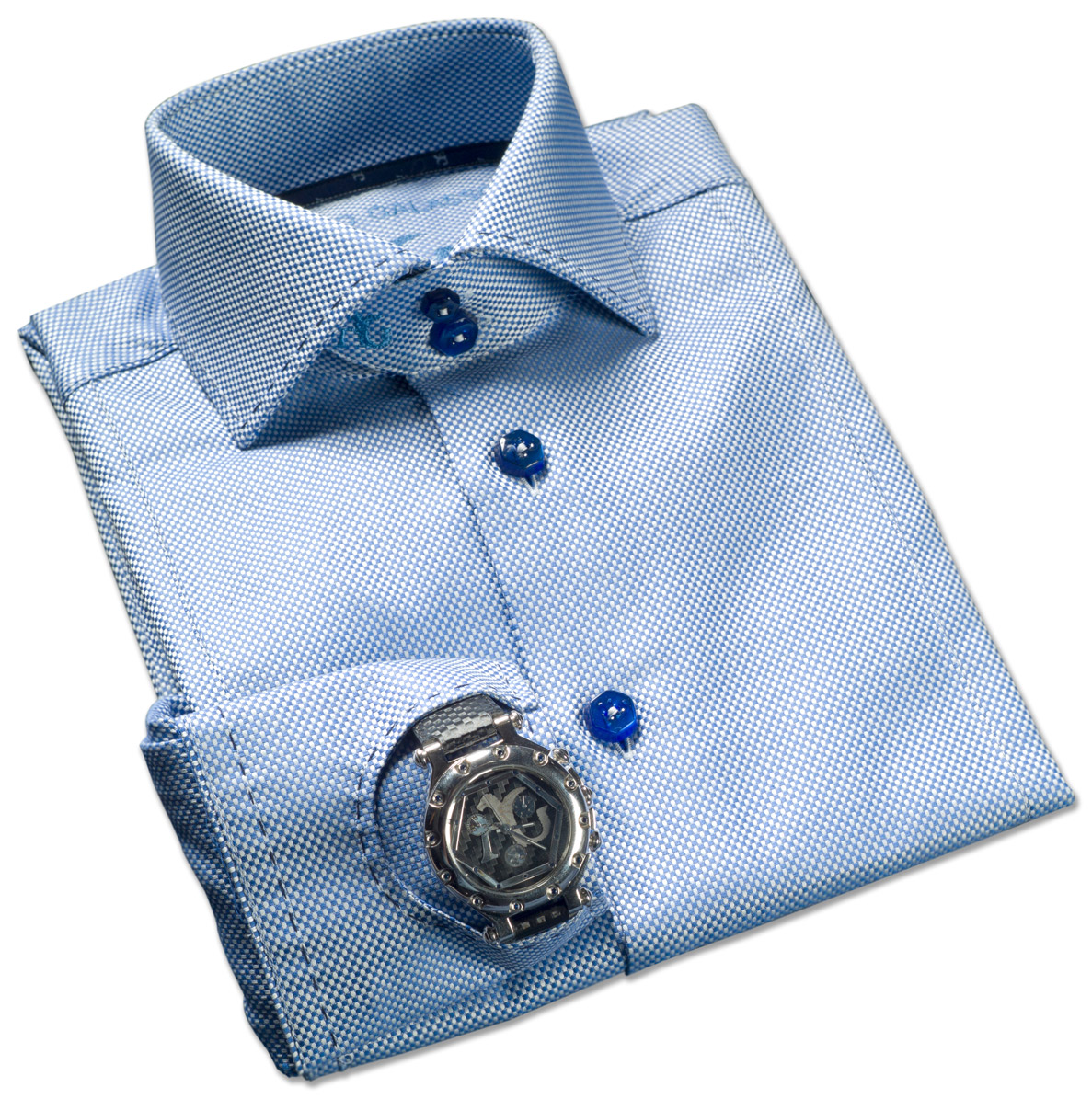 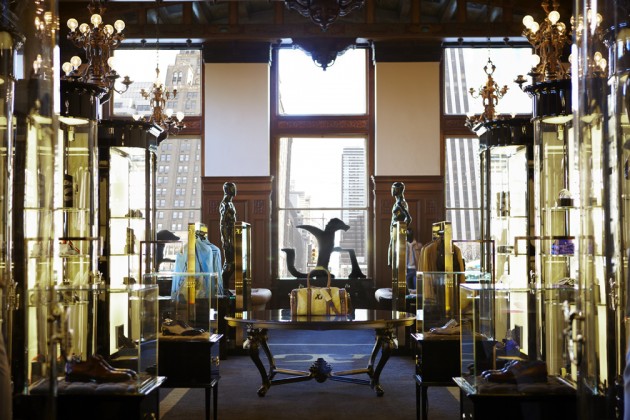 Last night, The Plaza Hotel in New York City officially welcomed its newest store—Angelo Galasso, the first such retail space in the western hemisphere for the  acclaimed Italian designer of the same name. The store occupies the Edwardian Room—a one time men’s only club and subsequent romantic restaurant—which is now historically designated and has sat empty since the Plaza renovated. So Solomonoff Architecture Studio, in charge of updating the Spanish Renaissance Revival style space, had to refurbish the paneled oak wainscoting, elaborate trussed ceiling, and stenciled decorations. Since they couldn’t add to the room, they matched it (or juxtaposed really) with black lacquer display cabinets and a giant marble chess set. The combination is perfect for Galasso whose italian style and opulent flare sits on some of the highest echelons of luxurious men’s clothing. Galasso is best known for his iconic Polso Orologio shirt which has been on display in the Design Museum of London for its innovation in allowing the wearer to supplant cufflinks for a wrist watch (made in the early 90’s to dress Fiat president Gianna Agnelli who suffered from an allergy forcing him to wear a wristwatch over his cuff). Since then he’s gone on to found Billionaire Italian Couture, one of the first couture brands for men and then in 2009 launched Angelo Galasso, first in London, where he is now based. Since then, the store’s popped up in Milan and Moscow and has gained fans in David Beckham, King Abdullah of Jordan, Jay-Z, Sir Paul McCartney and Michael Caine. 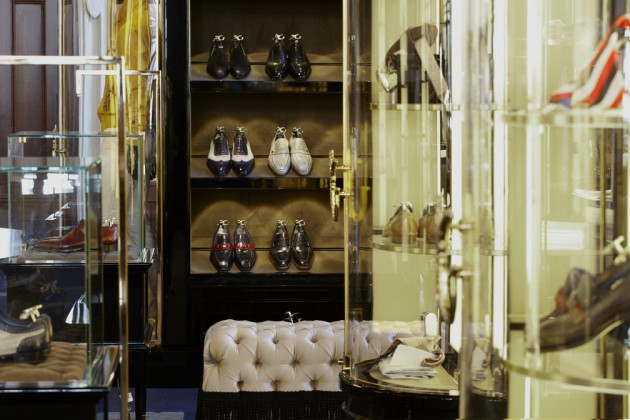 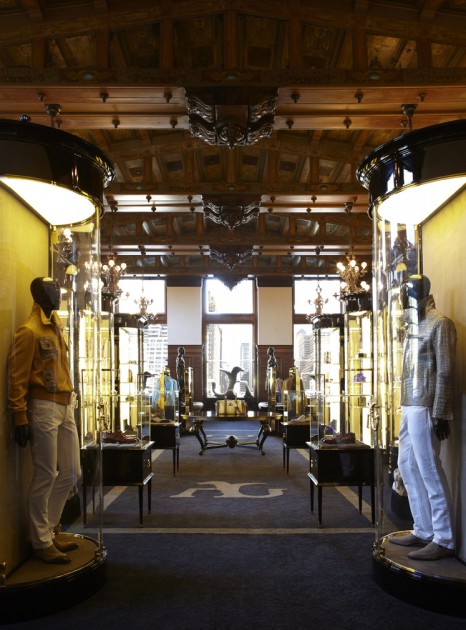 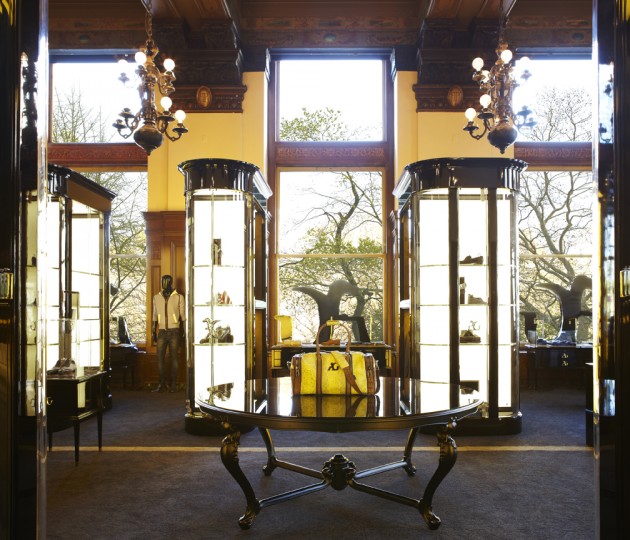 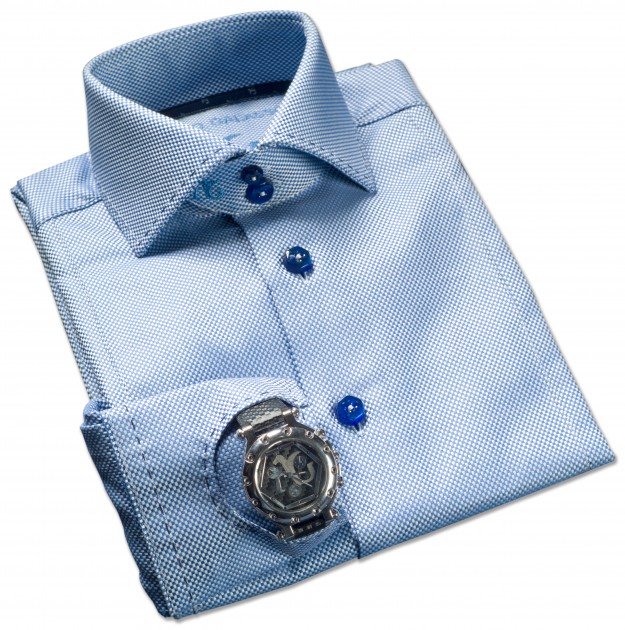