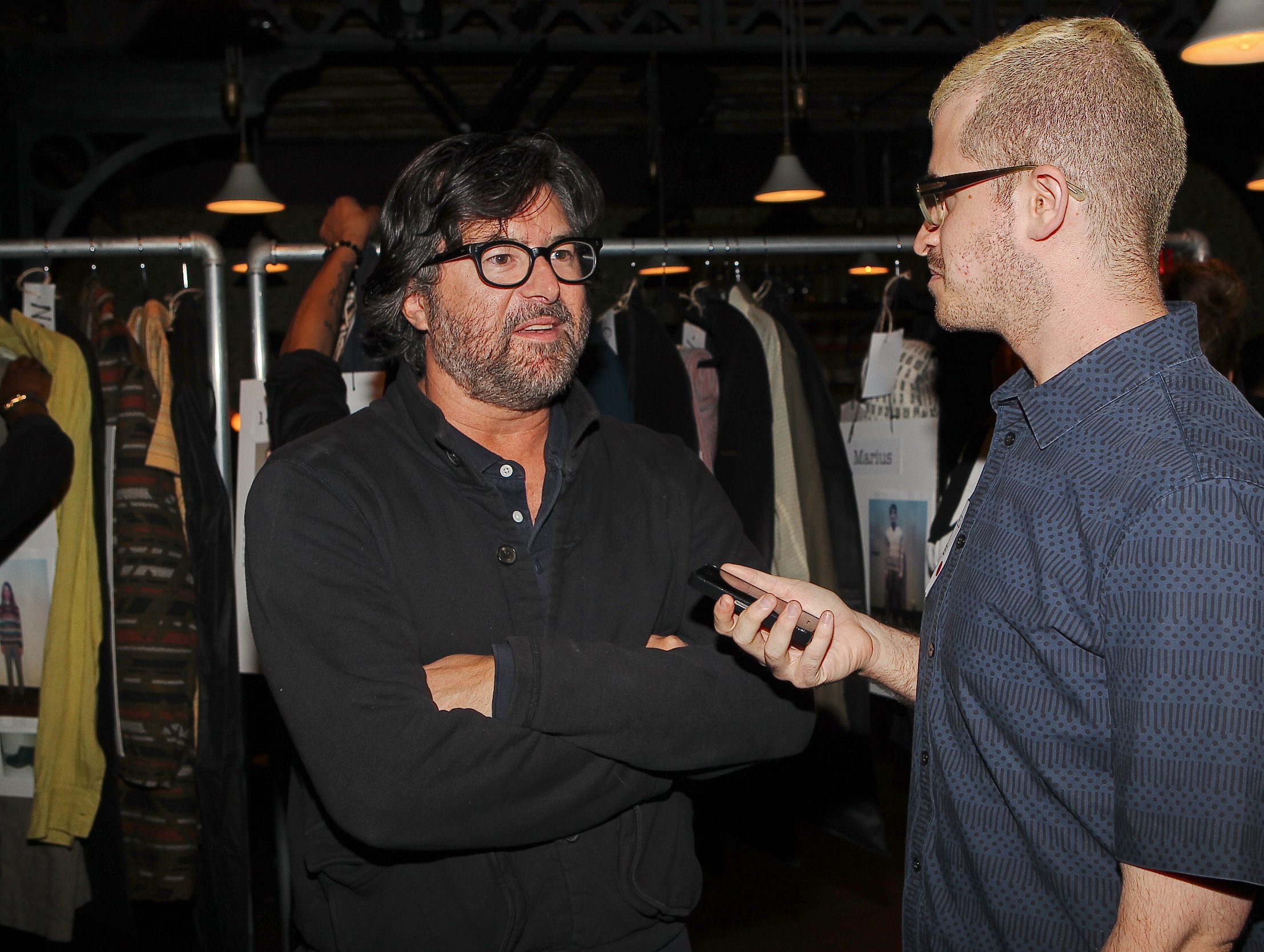 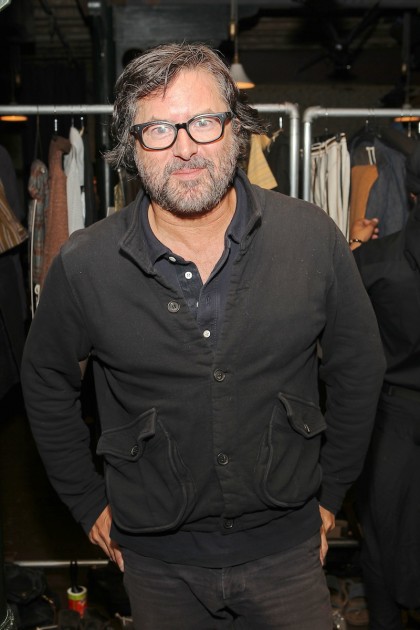 “Completed in 1939, The McKittrick Hotel was intended to be New York City’s finest and most decadent luxury hotel of its time. Six weeks before opening, and two days after the outbreak of World War II, the legendary hotel was condemned and left locked.” That was then… this is Billy Reid. The McKittrick Hotel, doors since unlocked, played host to Billy Reid’s SS’14 presentation yesterday evening on it’s view-tastic rooftop in Chelsea. Forty-five minutes before the show, we snagged the main man of the evening, Mr. Billy Reid, and rattled off some last-minute questions.

Essential Homme: Billy Reid, hello. Time’s a ticking, so let’s jump right in and take it back to 2004 — the beginning’s of the rebranded Billy Reid — what would you say is the biggest difference between that Billy Reid and the one standing before me this evening?

Billy Reid: I’ve never had this question before.

EH: Well we didn’t want to be expected.

BR: Right. Well, throughout all these years: A lot of learning experiences, obviously. I think the past life of having a business and losing that business really provides a lot of experience and if you can make that transition, it makes you stronger in some ways and also a little more cautious. What’s changed since 2004: I just wanted to do it the way I wanted to do it. I think in some ways, before that time period, I really tried to make sure I was pleasing a lot of different audiences, whether it was a certain store we were selling to or this person saying they needed that. As we started opening our own stores, I certainly paid attention to what the customer wanted, but moreso then that, we started to do what we wanted to do. At the end of the day, you can live with that decision because you made the clothes that you wanted to make.

EH: I’m going to ask that question now — you knew it was coming — talk to me about this collection from conception to now, where’d you seek out inspiration?

BR: Couple of places. One of the main points was that we wanted to develop our own fabrications starting with patterns and prints that start from a very clean perspective, almost in a Sonia Delaunay-esque kind-of feel to them, very pure and crisp and clean, but then weave them in a more textural application. A lot of texture. Another thing we did from more of an ethereal standpoint: I remember in the 80’s when I moved to California from South Louisiana with a closet consisting of some very traditional men’s clothing — cause I worked in a men’s clothing store — to outdoor things. I had to a lot of denim-type pieces. Moving to the West Coast, I started to really bring other things into the closet, textural things, more surf inspired things. So as we started putting this collection together, we looked at both of those worlds and put them in a blender.

EH: Let’s talk about Coach, can we?  Your upcoming collaboration: What can we expect?

BR: With Coach it’s really been a fantastic opportunity with an incredible American brand. We are particularly excited about the lifestyle products we were able to make. They have this knocked out archive at their offices that we were able to pull some pieces that are based upon some entertainment aspects, some travel bar sets and things like that. So to be able to work with some of those things which we don’t typically have access to was great. There’s an alligator travel bar set and these flasks. We were even able to create a baseball glove. My son’s a baseball player and I coach — I love baseball — so there’s a father/son baseball glove kit, all handmade in the United States by Valkyrie, which is one of the last remaining American-made glove companies. It was great working on something we otherwise would never have had the opportunity to make.

EH: You’ve been to your fair share of Fashion Week’s now, what’s the best part of the whole shebang?

BR: Good gosh! Look forward to the most: Seeing the guys on the runway. That is the most gratifying part for sure. Watching the whole thing come together, over the next thirty minutes before the show, that’s pretty magical cause there’s so many people helping to put it all together. I love watching them take such pride in it all. So one of the best things is when it’s all done and you stop and say, ‘Okay, what are we going to do next season?’.

EH: Speaking of the future, what are you doing tonight when this is all said and done?

BR: After party! We haven’t had that happen before [a party in the space], so that’ll be fun. I’m looking forward to interacting with people after the show. Then I’m going to Alabama tomorrow, chill out for a couple of days, and then start on next season, head straight to Paris.