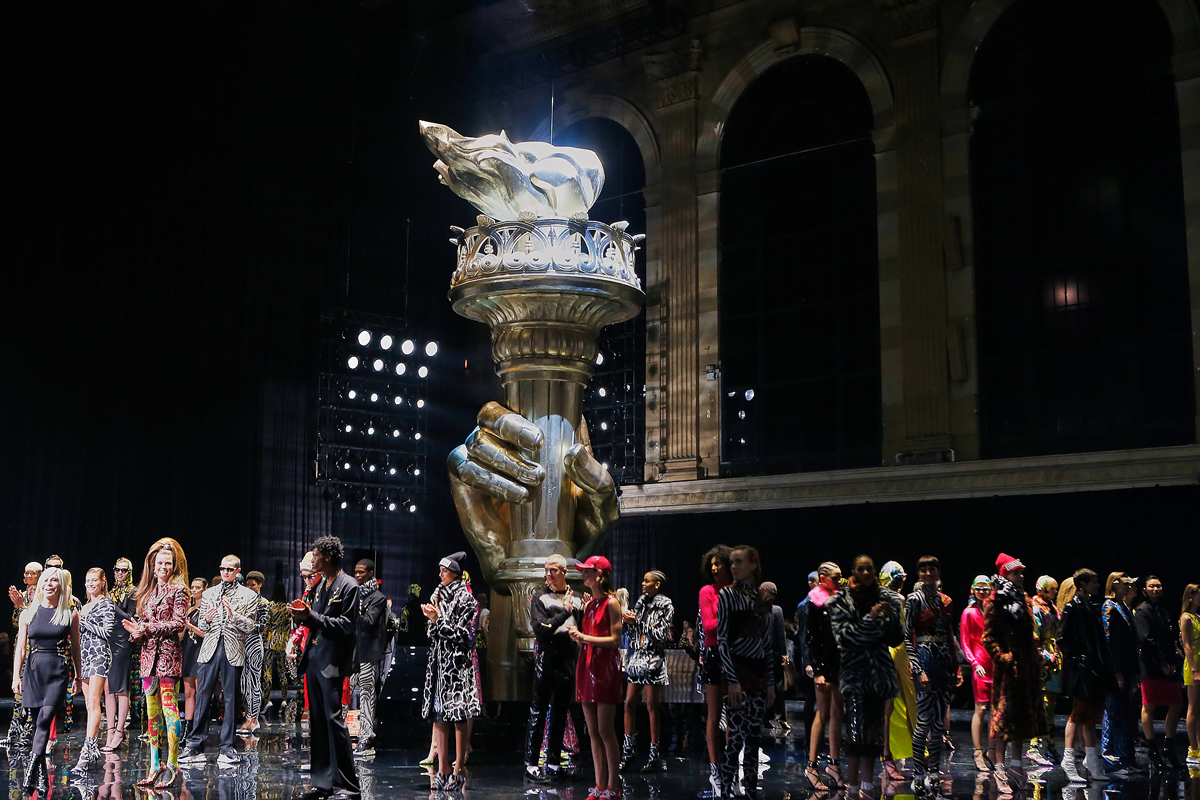 After being acquired by Michael Kors earlier this year, Versace made a stunning New York debut for the inaugural December fashion week. To commemorate the landmark show, a large replica of the Statue of Liberty’s torch anchored the venue, surely indicating the label’s presence in the city.

“I am very excited to present Versace for the very first time in New York. I wanted to pay homage to this incredible city, bringing the sartorial heritage of Milan and fusing it with the energy of New York and its eclectic nature. This collection is the result of this,”  chief designer for the label Donatella Versace said in a statement.

The Pre-Fall 2019 collection was a decadent affair that balanced Versace’s signature opulence with an urban edge. The label brought back some of its biggest hits, including the Medusa pin and safety pin dress made famous by Elizabeth Hurley in 1995, while an updated version of the green chiffon gown Jennifer Lopez wore to the Grammy Awards in 2000 served as the show’s closer, modeled by Amber Valetta. Additionally, power couple Kim Kardashian and Kanye West made their first public appearance in months sitting in the front row, surely establishing the historic Italian designer as a welcome new addition to the NYFW schedule.