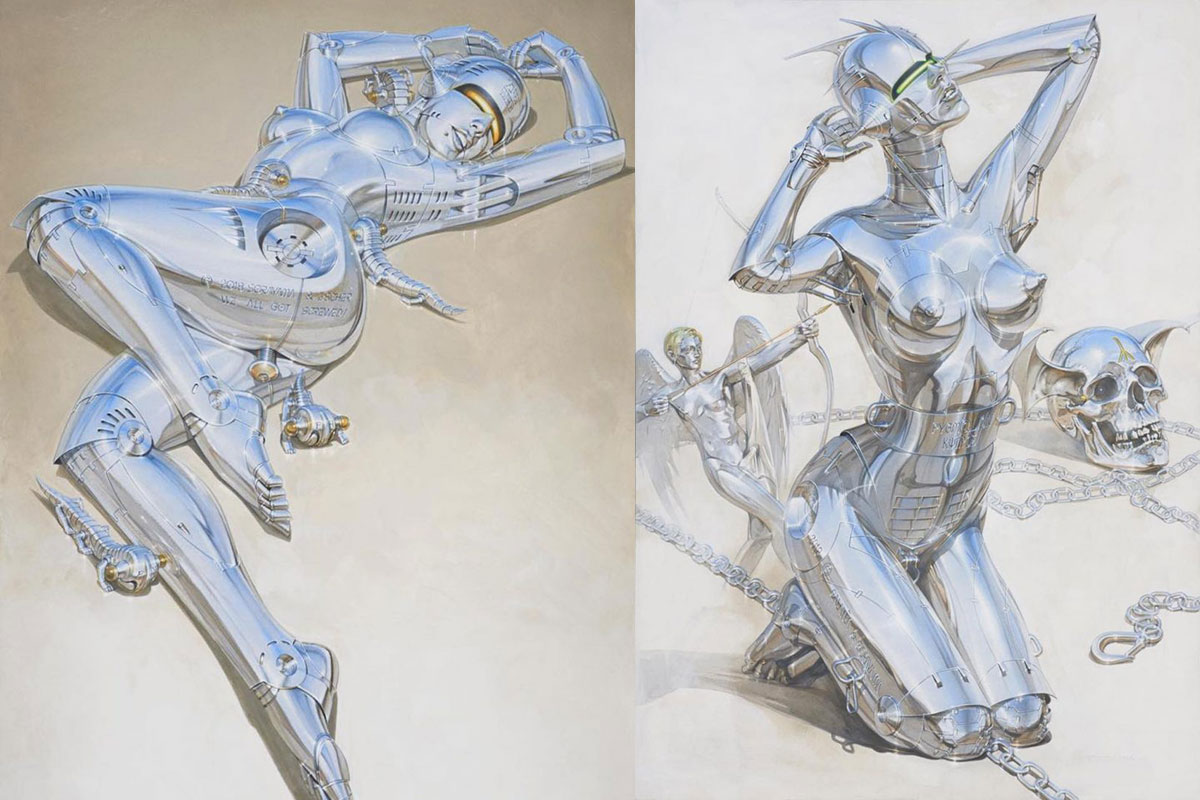 Hajime Sorayama, the Japanese sculptor who scored a collaboration with Dior last year, is opening his first solo exhibition, Sex Matter, in Tokyo at NANZUKA. Focusing on the essence of life, Sorayama created robot sculptures inspired by human sexuality. In addition to these sculptures, the exhibition features 10 paintings that further explore themes of physical remodeling, AI, and the post-human body as well. Continuously inspired by the female figure, the exhibition is largely led by manipulations and fantasies of the female body.