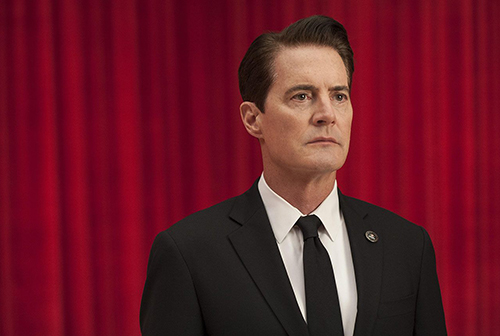 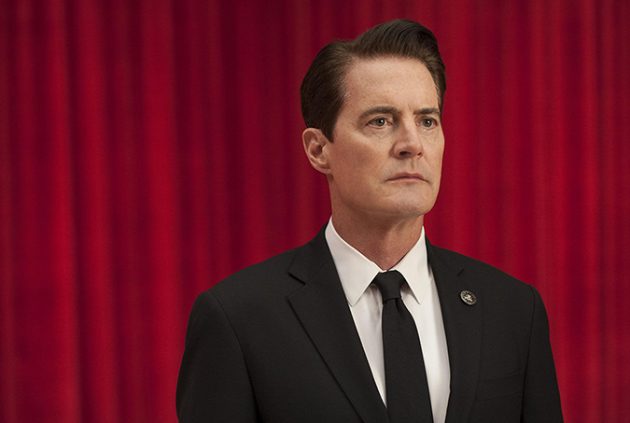 Special Agent Dale Cooper has a signature look. A perfectly tailored black suit. A crisp white button down. A tightly knotted tie. A small, silver FBI pin on his lapel. From the moment we meet him in the pilot of David Lynch’s Twin Peaks, Dale Cooper, played by Kyle MacLachlan, is dressed like an upright, morally sound lawman. Cooper’s suit is part and parcel of his character, as important as his devout love for fine coffee and cherry pie. That suit is singularly iconic, the most easily recognizable men’s look in Lynch’s lavish oeuvre, despite it being nothing more than your standard-issue, law enforcement uniform. Cooper’s suit is ordinary, but it holds a special place in television lore because it so immediately conjures the moral goodness and sincerity of Lynch’s beloved, quirky detective.

In the two feature films by Lynch that book-end the production of the Twin Peaks pilot, clothing creates a visual code. Menswear performs acts of signaling, with outfits functioning not as “costumes” but as second skins, outwardly manifesting the character’s interior designs. The villains of Blue Velvet (1986) and Wild At Heart (1990), Frank Booth (Dennis Hopper) and Bobby Peru (Willem Dafoe), are visually congruous. Both men wear bolo ties— a small but central accessory that adds a certain Western panache to their outfits. Bolo-ties were undergoing a resurgence in the 1980s, but in Lynch’s films, they mark a man who’s out of step with the world around him and walking instead to the groove of a more sinister rhythm. Booth and Peru wear tight leather jackets, and in Peru’s case, one with an obnoxious fringe adorning the sleeves. The other villain of Wild At Heart, the gangster Marcello Santos (JE Freeman), is a caricature of an Italian mobster: silk robes, opened-shirts and old-timey suspenders. It would be impossible to mistake these men as anything other than what they are— Villains with a capital V. In contrast, the “heroes” of these films are dressed in unremarkable, visually boring, menswear. Johnnie Farragut (Harry Dean Stanton) is the upright-P.I. to Santos’ murderous mafioso, while Jeffrey Beaumont (Kyle MacLachlan) is the naive boy-next-door to Booth’s street-wise, demented kingpin. Here lies the origin of Dale Cooper’s uniform: suits are symbolic of goodness, order and noble intentions. The villains, meanwhile, look like they’ve walked straight out of a Dick Tracy comic.

Twin Peaks is a televisual journey that’s both wondrous and strange, a humorous and horrifying autopsy on American morality. It is Lynch’s magnum opus, and fittingly, its also where he collapses the neat distinctions previously made between good and evil in his earlier work. Evil in Twin Peaks is not so easily seen. By hiding villains in the clothing of the average man, Lynch cracks open the facades of “good” masculinity. What lurks under the clothes of a man is a mystery— and you’ll find the truest reflection of “the evil that men do” residing not in the clownish villains like Bobby Peru or Frank Booth, but in inconspicuous, unassumingly dressed men like Leland Palmer. 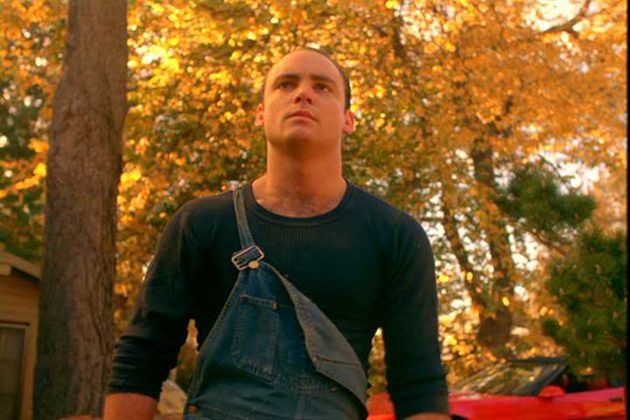 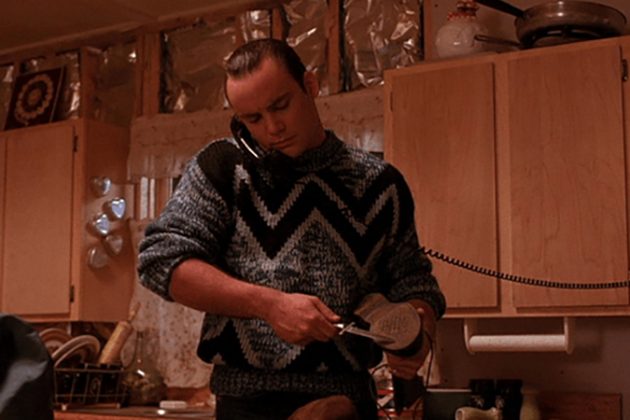 Spoilers ahead. Villains in the titular town are essentially indistinguishable from their neighbors. The rule in Twin Peaks is that truth is not in appearances, but in apparitions— that which cannot always be seen, but lurks in the very fabric of the world around us. Evil is hidden, cleverly disguised by innocuous trappings of masculinity. Take Leo Johnson (Eric Da Re)— he seems like your average truck driver, wearing plaid shirts and denim overalls. But, by day he’s abusing his young wife, and at night he’s trafficking drugs and having sex with underage girls. And then there’s BOB (Frank Silva)— Lynch’s terrifying incarnation of primordial, male evil— who wears a plain t-shirt, jeans and a denim jacket, looking more like an auto-mechanic than a demonic spirit. When BOB is revealed to be the killer of Laura Palmer (Sheryl Lee), he is subsumed in the body of the patriarch, Leland (Ray Wise). The unremarkably dressed BOB is hidden even deeper within the clothes of a small-town lawyer and seemingly good father, with his Cooper-like suits, pull over cardigans and plaid button downs. The revelation that Leland is both Laura’s abuser and killer directly implicates the assumptions we make about men who look like Leland. While we could guess from his first introduction in Wild At Heart that Bobby Peru would be murdering someone, no such clues tell us about the monster buttoned up in Leland’s suit. Lynch connects the “evil that men do” to the banal presentations of manhood which are so necessary in our culture.

When our hero Dale Cooper again, twenty five years later, he too has been tainted by evil. The “good Dale” remains trapped in The Black Lodge, wearing that same black suit. It seems that not even traveling through different dimensions could put a wrinkle in his button-down. Meanwhile, his doppelgänger walks the Earth with BOB inside of him. “Mr. C”,” like the other villains of The Return, hardly bears the Lynchian trademarks of immorality. The leather jacket, snakeskin shirt and skinny jeans he wears read as evil only in contrast to Cooper’s pristine suit, unchanged by time or space.

In the finale of Lynch’s dizzying return to Twin Peaks, we follow Cooper to another timeline, where he wakes up in the identity of a man named “Richard.” What’s troubling is that he behaves like an alchemy of our agent and his doppelgänger. At curtain call, Dale Cooper’s good and evil halves have become one— a consequence of failing at his misguided mission. He re-emerges, fundamentally changed, but still wearing that iconic suit. The suited symbol has been splintered, then assembled again, dressed in the right garb but no longer wholly pure inside. Dale Cooper, once a paragon of virtue, is brought into our patriarchal reality. He’s no different from any other man, in spite of how noble his mission once seemed. Lynch reminds us, without much room for doubt: in the world of Twin Peaks, men can never truly do anything good— honest intentions and an expert tailor be damned. 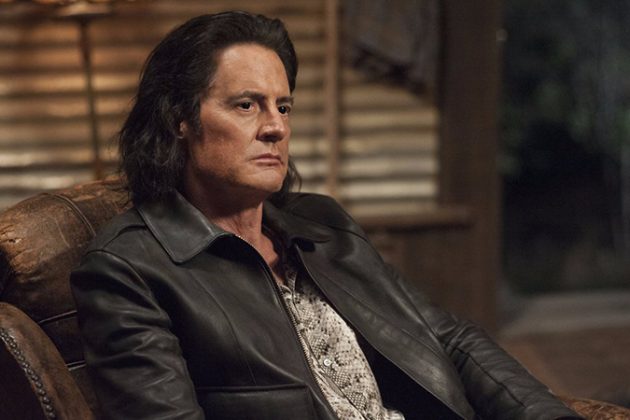