Kanye West does not hate when you use his songs to underscore your movie trailer. The proof is in the pudding: Broken City, Limitless, The Hangover Part III, and The Great Gatsby helped build the 2013 ego of Yeezus, birthing goldmine quotes of recent like “I am undoubtedly, you know, Steve [Jobs] of Internet, downtown, fashion, culture. Period. By a long jump.” And thus, with the release of Martin Scorsese’s highly anticipated Wolf of Wall Street trailer, the self-described Michael Jackson of music is the go-to-guy… once again. 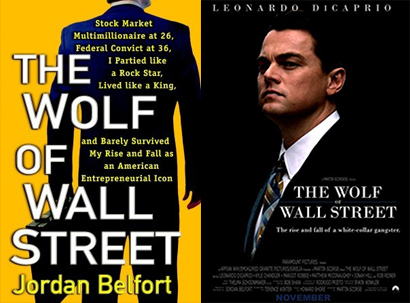 Leonardo DiCaprio, clearly enjoying his recent foray into roles of smarmy egocentrism, is joined on-screen by sometimes totally serious; sometimes not at all serious actors Jonah Hill and Matthew McConaughey. The film chronicles the rise and fall of Jordan Belfort (DiCaprio) — the real-life Wall Street whiz kid — who was earning $49M a year at twenty six and a federal convict a decade later. Let’s just say, he wasn’t terribly compliant when it came to cooperating with authorities.

Set for release in November and co-starring a slew of heavy hitters including Jean Dujardin, Rob Reiner, Kyle Chandler, Margot Robbie, Jon Bernthal, and Spike Jonze you can practically smell the golden statuettes.