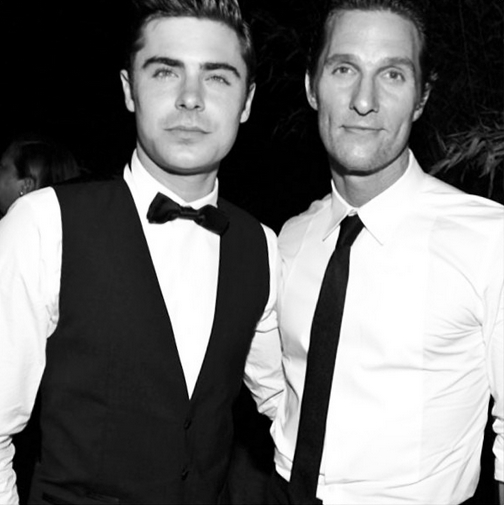 The Efron/McConaughey Reunion You Didn’t Know Your Tuesday Needed

You might remember The Paperboy as the film that featured Nicole Kidman simulating some very gesticular fellatio, or the film in which Matthew McConaughey got raped and tortured by a group of men (spoiler!), or the film where Zac Efron danced in his tighty whities in the rain. Or… you might not remember it at all. In the time since the movie’s release, the high profiles of both its male stars have only sky-rocketed higher and higher (crescendoed by McConaughey’s Oscar win on Sunday). So it’s only fitting that during Sunday’s award ceremony, Efron, a presenter, caught up with his old buddy for an Instagram opportunity. In the picture above, Efron appears to be giving off some serious brood, while McConaughey looks just the right amount of lit. The black and white filter: a nice touch though.

The Efron/McConaughey Reunion You Didn’t Know Your Tuesday Needed