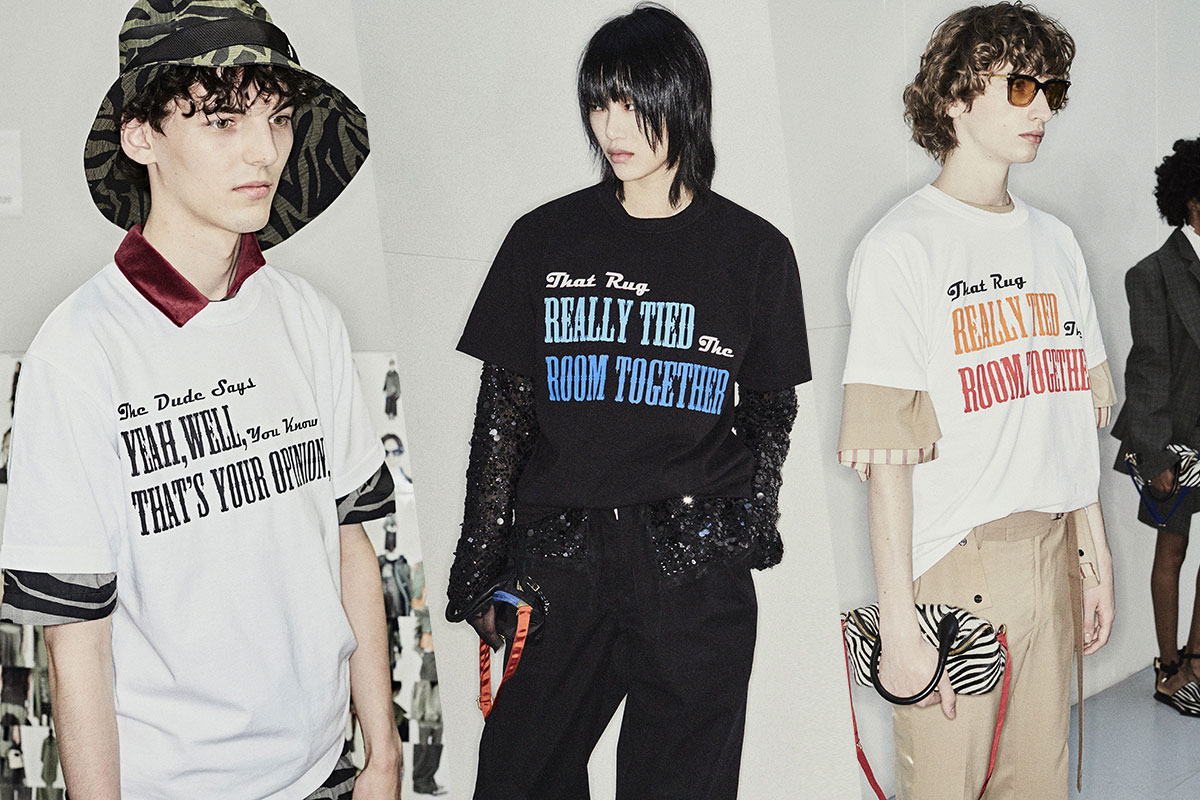 Sacai‘s collection inspired by the 1998 classic The Big Lebowski first debuted during the Japanese designer’s Men’s 2020 Spring/Summer show in Paris back in June. The key pieces featured include T-shirts and a hoodie (available in six different colors) printed with a quote from the movie, “That rug really tied the room together.” The capsule from the contemporary brand is just another nod at ’90s American pop culture — since its premiere, the film has become a cultural phenomenon of bizarre events following The Dude on his quest to recuperate a stolen rug, and establishing itself as one of the biggest cult classics in recent memory. The particular collection illustrates the brand’s “signature hybridization of splicing multiple different items and creating a newly constructed harmony,” as stated by the designer in a statement.

The Sacai x The Big Lebowski collection will be available on December 21.