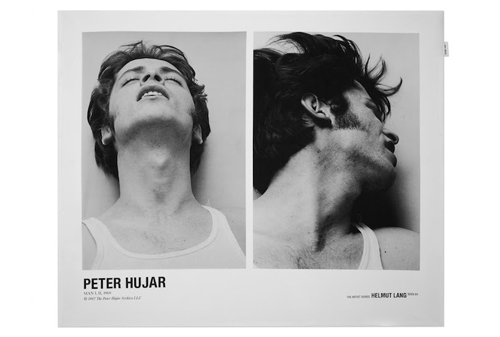 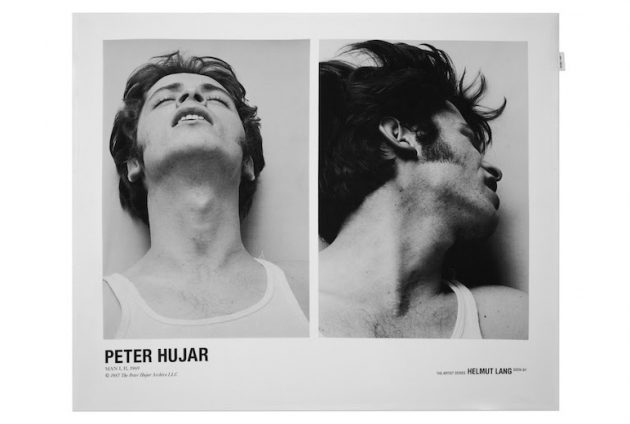 New York cult minimalist label Helmut Lang continues to pay homage to forgotten icons of yesteryear. The latest focus in the brand’s Artist Series is Peter Hujar, a queer photographer who isn’t Robert Mapplethorpe (though the latter would be greatly influenced by the former). Hujar gained prominence in the 60s, along with  burgeoning the downtown scene with other influential figures including Warhol Superstar Candy Darling and filmmaker John Waters before. His work was known for its raw and intimate portrayal of the countercultural scene, usually in the form of black and white portraits. He additionally was a staunch supporter of the gay rights movement of the time, photographing the first Gay Liberation March, before succumbing to Aids-related pneumonia in 1987.

The latest Artist Series features three of Hujar’s images — “Orgasmic Man I,” “II,” and “III” (1969) — available on a long sleeve t-shirt, a fleece blanket, and on posters. Fifteen percent of proceeds from the limited-edition pieces will be donated to the Elton John Aids Foundation.

Helmut Lang: the Artist Series: Seen by Peter Hujar is available in stores and online now.