As the world’s most famous secret agent (love that oxymoron), James Bond aka 007 has had an immeasurable impact on pop culture since his debut over 50 years ago and consequently informed a generation of menswear looks. Whether it’s in a classic tux or poolside onesie, Bond has established himself as one the longest standing style icons in film. To honor his legacy, N.Peal designed a collection of 13 cashmere looks inspired by the beloved character.

N.Peal has a history with the film franchise — two of its cashmere pieces were worn by Daniel Craig in the Skyfall and Spectre films. But this marks the first time the British menswear brand has gone beyond the contemporary films and recreated looks from decades past. Chronicling each of the six actors who have portrayed Bond over 26 films, the collection manages to stand as a current interpretation of some classic vintage looks. Some standouts from the range include a navy cable-knit crewneck sweater, as worn by Pierce Brosnan in Goldeneye, and a light blue cashmere bomber worn by George Lazenby in On Her Majesty’s Secret Service.

The N.Peal x 007 collection is available in stores and online now. 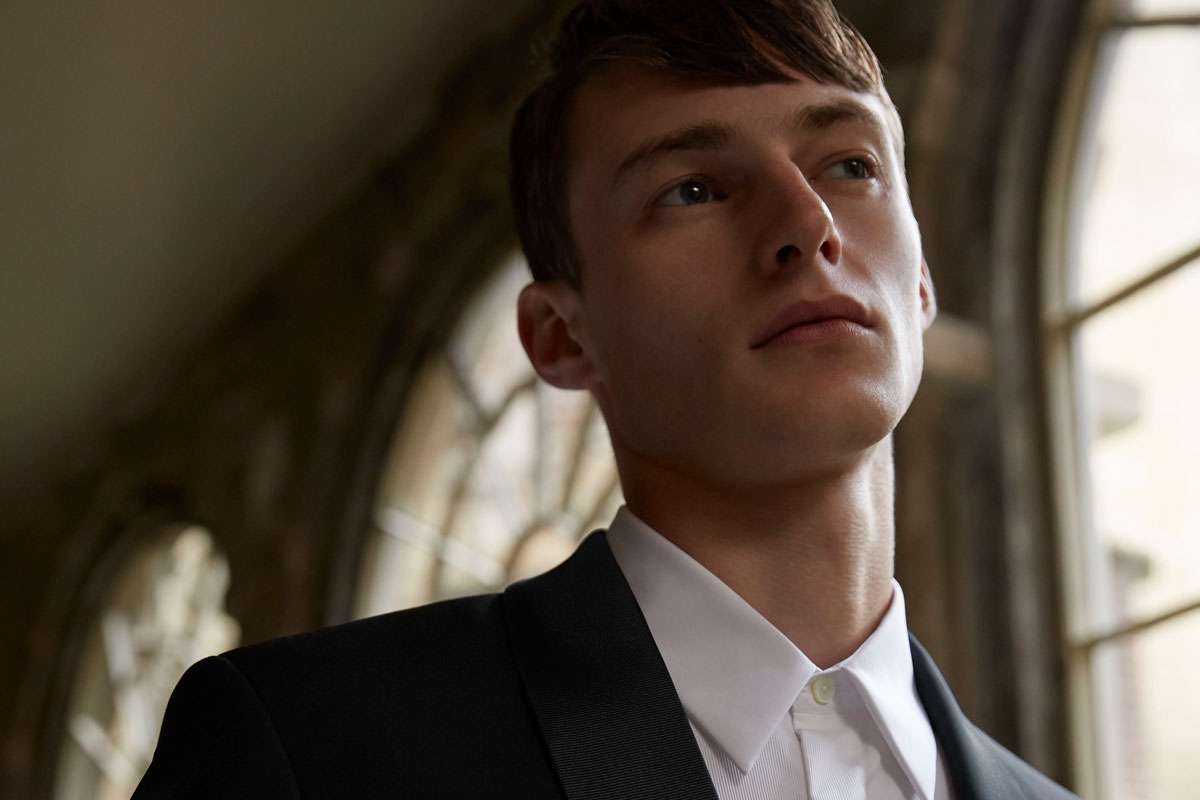 Mr P. Gives the Tuxedo a Modern Update for 2020