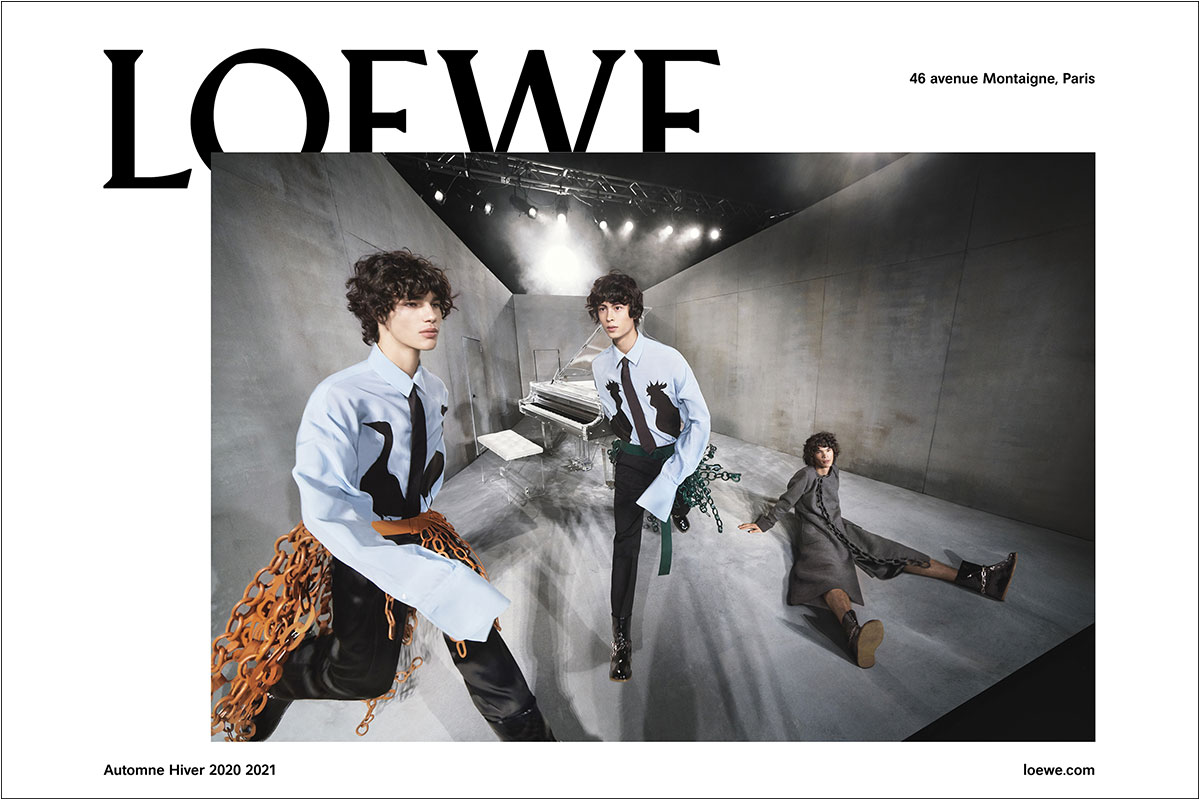 In time for its Fall/Winter 2020 men’s runway show in Paris this week, Loewe has released its next advertising campaign featuring athlete and activist Megan Rapinoe easily recognized for her hot-pink hair. The advertisements are displayed on a series of billboards across Paris. 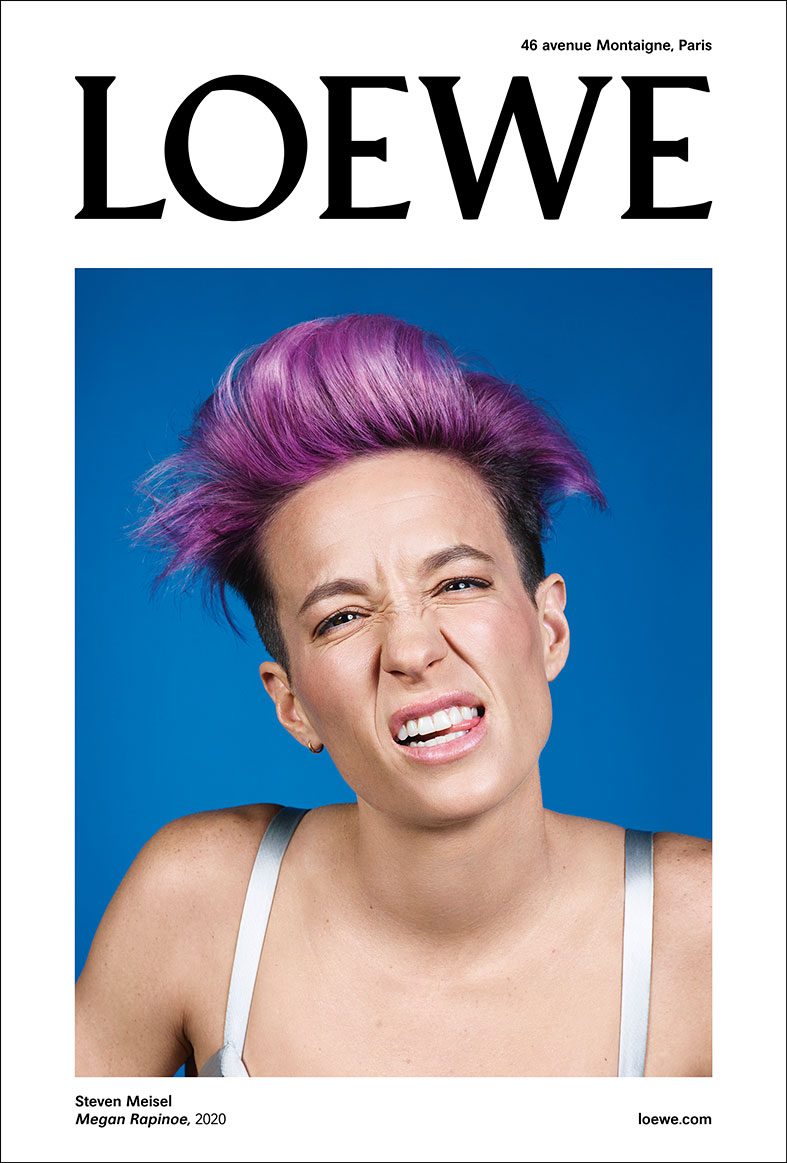 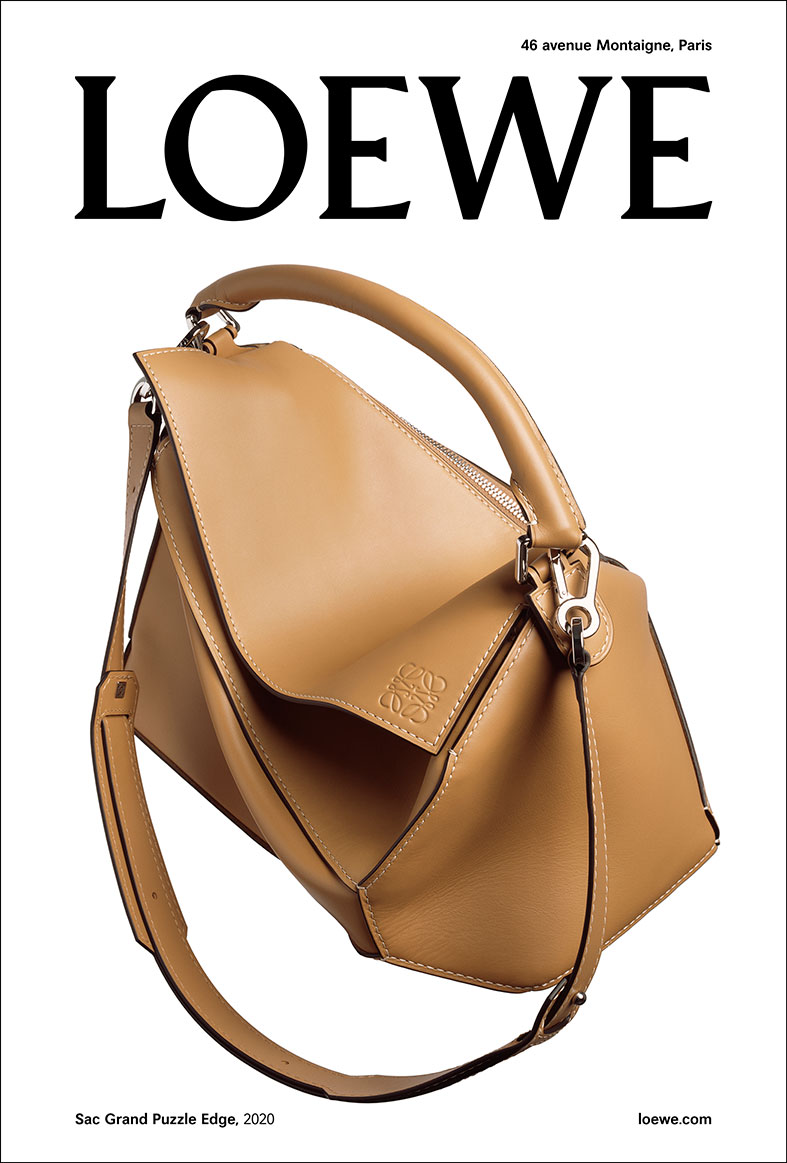 Shot by Steven Meisel, as a continuous collaboration between the brand and creative studio M/M, the campaign is a trip through character analysis, fashion, and the signature product images — in this case the Puzzle bag in brown calf. Rapinoe, the American professional soccer player and captain of the United States’ team during 2019 FIFA Women’s World Cup is featured as the character image. Her natural forces of nature coincide with those of the brand always confronting their customers with honesty and bravery.  Further imagery features a set with three models interacting in an enclosed frame. With evident spacial distortion, performance-like positioning, and desire to make the models look like one another, a short film explains into this setup.