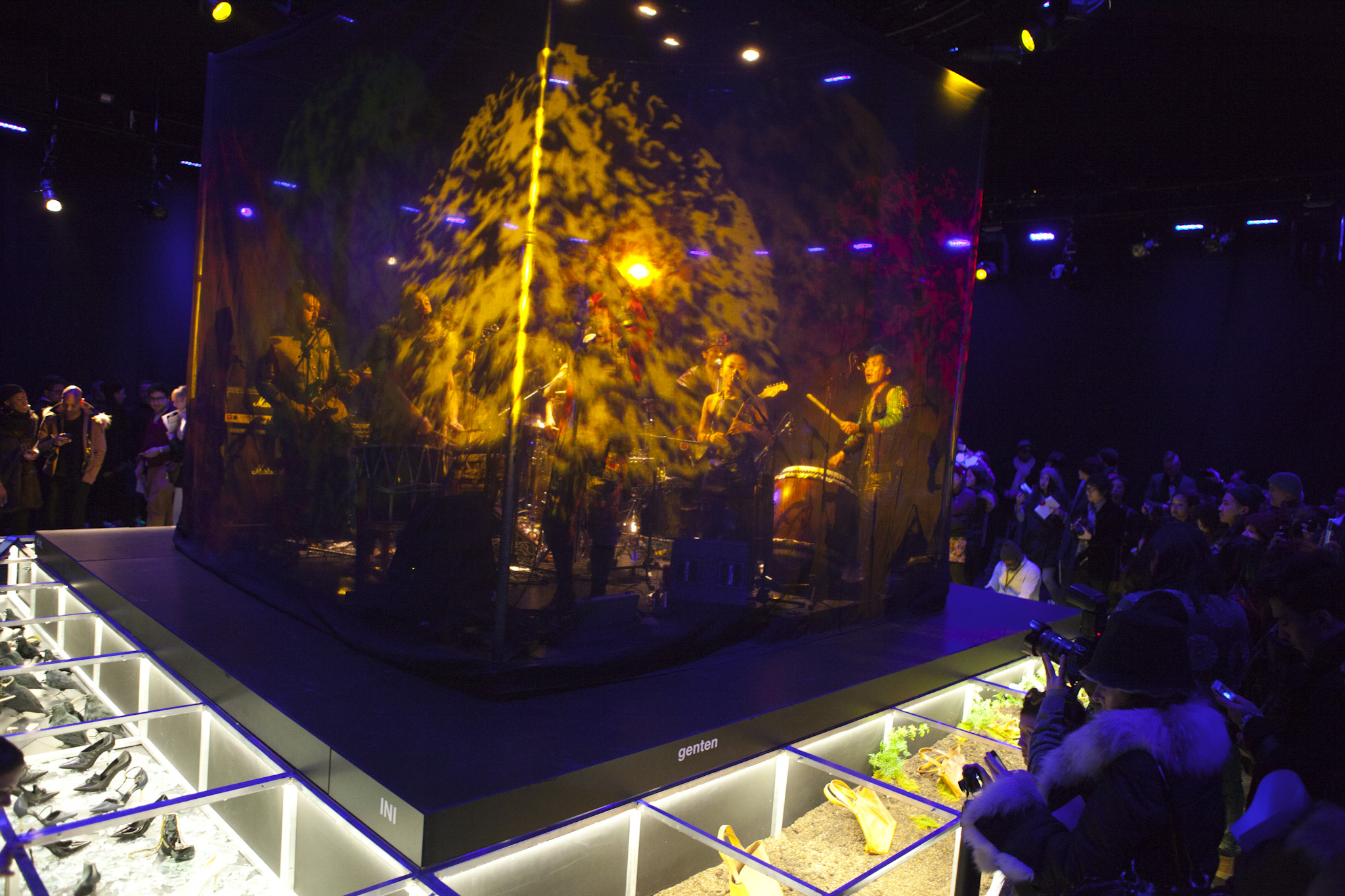 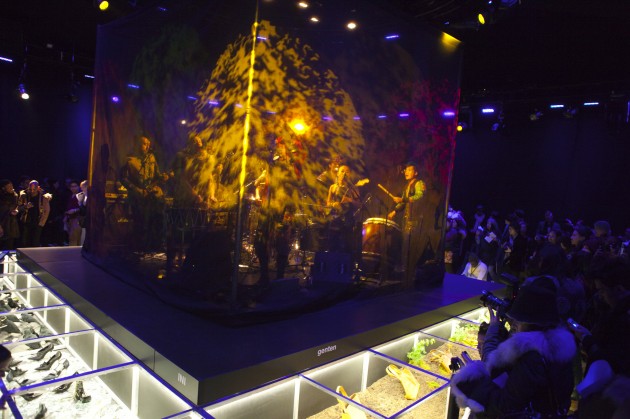 Something that we took away from New York Fashion Week? Japanese leather is a thing, and in a big way. To drive this point, the Japanese Ministry of Economic Trade and the fine people at Maguire Steele and set up a Lincoln Center presentation that refused to be ignored. The formula? A ten piece Japanese punk band (Turtle Island) encased diaphanous fabric set on a stage, flanked by the handiwork of six leather based japanese labels ensconced in plexi boxes that served as a runway/presentation platform for two of the other brands. Following? It’s ok if you don’t. It was a chaotic scene, but one that gave us a chance to really get a sense of the kind of Japanese irreverence that’s bubbling out of said country these days. Crows toiled with luxury jewels, briefcases grew from potted soil and the clothing was neo-primitive glam (which is also a thing). It was a lot to present all at once, but we left with the seed planted in our heads—Japan and leather…go together. Pardon the rhyme and check some burgeoning Japanese Leather brands after the jump.