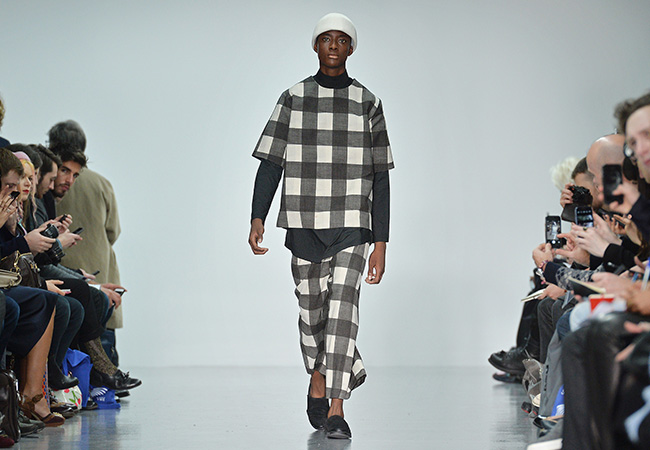 Referred to as a “deeply personal” collection for Agi & Sam, this season the designers shrugged off any expectations of vibrant and dapper eclecticism, presenting a new point of view inspired by Agi’s recent travels. Titled Watu nguvu, meaning “people power” in Swahili, Agi & Sam Autumn/Winter 2014 called us to action by blurring lines between first and third world. 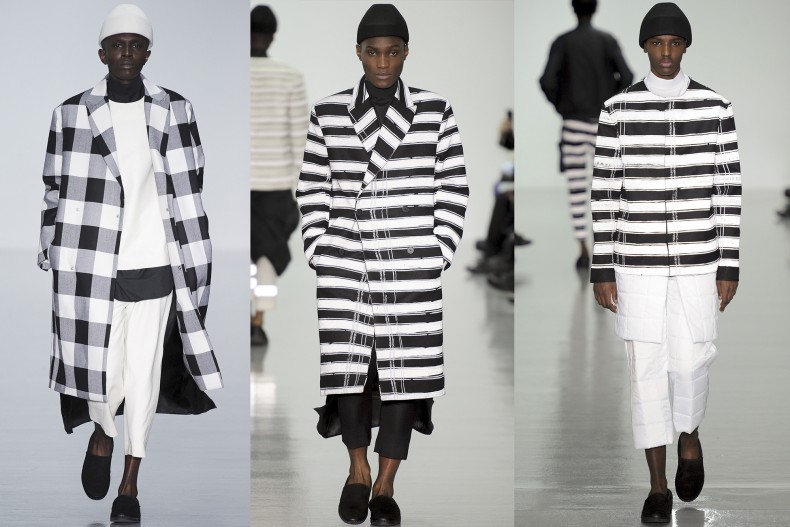 As we entered the historically-British building, we were greeted by models in rigid formation, holding black and white advertisements similar to those placed in Africa. Suddenly, the live drums began, and so did the beginning of the show, largely a deconstruction of key western attire to mimic that of African work wear. There were tailored coats with dropped lining, quilted blazers worn over loosely fitted trousers with reflective material at the bottom, and traditional Masai check transformed into hooded parkas. On their heads, models wore felt hats made in collaboration with Yashkathor, and at their feet woolen slip-ons made by Ugg Australia.

The monochromatic pallet not only reflected the workwear in both Western and African worlds, but also focussed our attention on the message behind the Watu nguvu logo, a black and a white fist clenched united and powerful. As well, the all black model casting critiqued the fashion industry’s limited diversity, something which Agi & Sam have also touched on in previous castings. 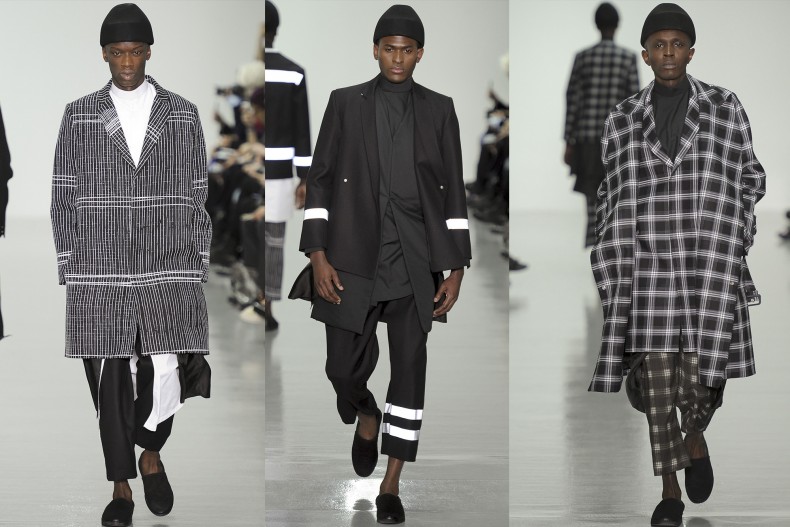 Despite the strong message behind the collection, the quirky sense of humor we have come to love about the brand was still evident on shirts printed with oil company logos, reading “dick oil.” These were the only colorful pieces in the collection and point to the horribly juxtaposed capitalism within poverty stricken Africa. Quintessentially this season, Agi and Sam were surprising refreshing, and demonstrated their growing ability as a brand.