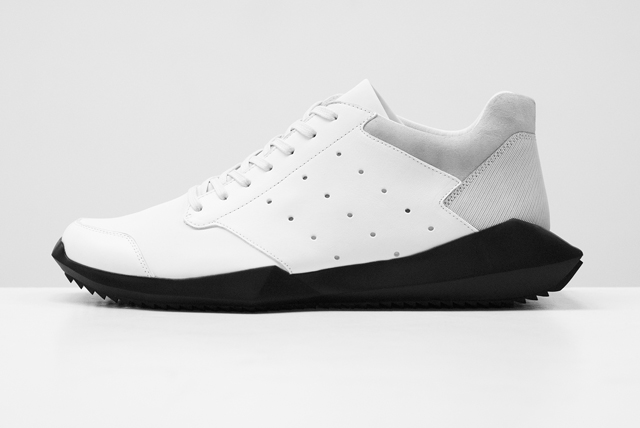 One of the biggest cruxes of the fashion world is always being at the cusp of something that you just cannot have…well, at the moment anyway. Take the above sneak peak of next season’s release from adidas by Rick Owens. The second rollout in their footwear collaboration, the Tech Runners are minimal in concept and color, but angular in planes—a mix of suede, leather, and a neoprene fit, referencing the futuristic stealth bomber aircrafts Owens drew his inspiration from. The shoes aren’t launching until July, but when they do, they’ll be yours for $790.