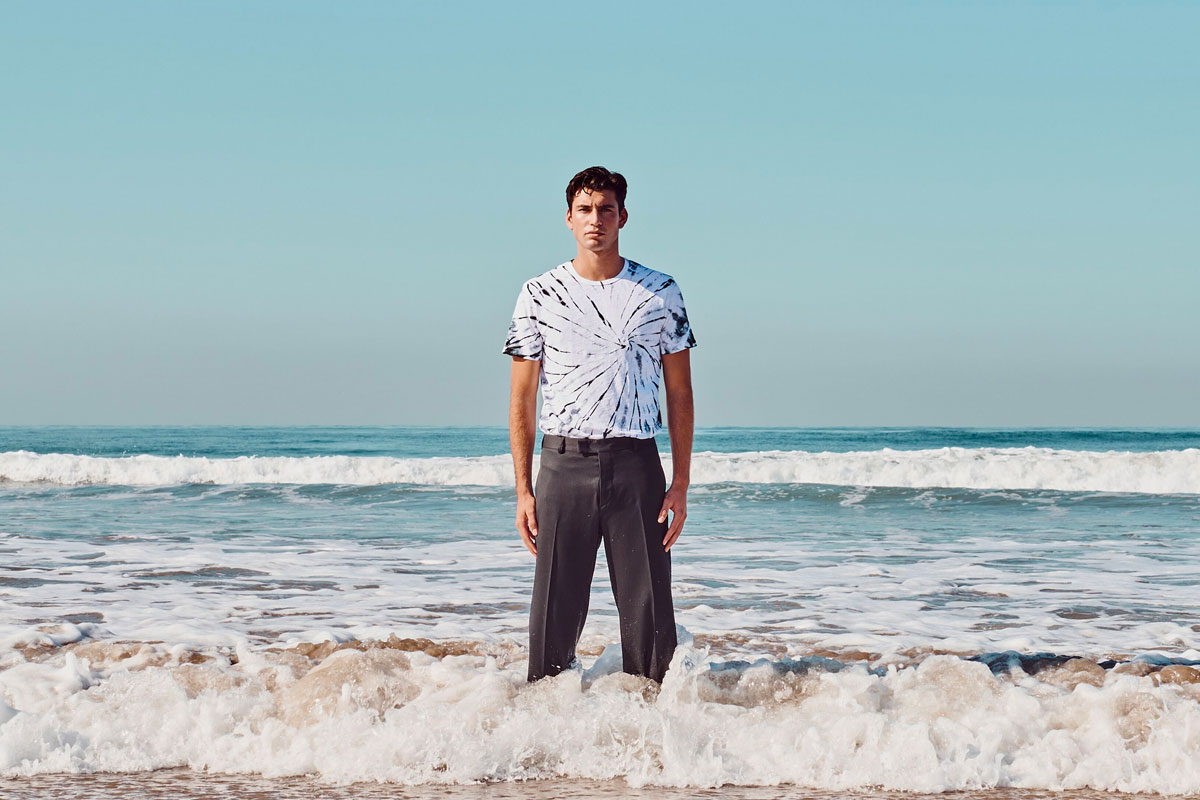 East Coast meets West in a new limited capsule collection by Hiro Clark and Wilhelmina. The range of six t-shirts marks the second time the LA-based menswear brand has partnered with the New York-based modeling agency, and seamlessly fuses the urban hustle of the east with the coastal cool of the west.

“Wilhelmina models bring the heat wherever they go, so we’re excited to launch ‘Heat Wave,’ our second exclusive collaboration with Hiro Clark,” Bill Wackermann, CEO of Wilhelmina, said in a statement. “The collection captures the essence of summer and escape — no matter the time of year.”

The collection features six graphic t-shirts — some are emblazoned with the words HEATWAVE or WATCH OUT while another features a photographic print of a beach. Additionally, the new line sees Hiro Clark experimenting with tie-dye for the first time, with a simple swirl print.