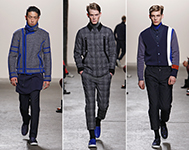 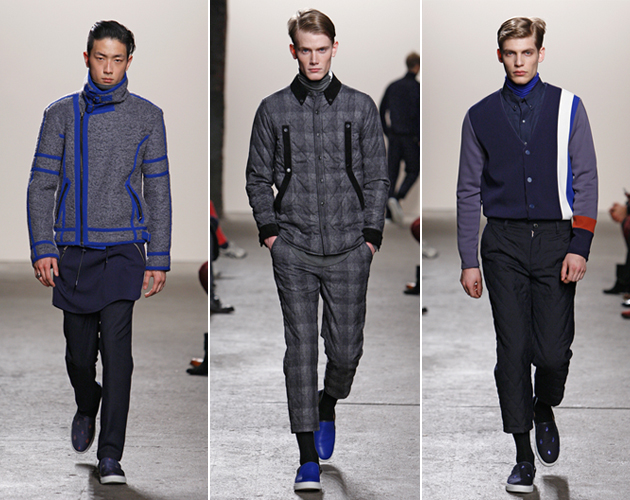 Despite having been influenced by a photo book about heading to the rustic landscape of Tibet on a pilgrimage to find the Buddha, General Idea’s Fall 2013 comes off as completely sleek and modern. The nomadic references are there, mostly in silhouettes and the clothing’s functionality, but the colors (darker shades of green, navy, and orange), details and assembly are starkly western.