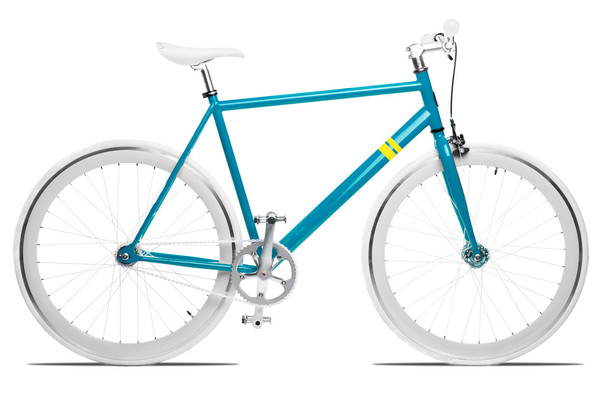 With public bike sharing Citibike program taking over Manhattan and unexpected places like Indianapolis inaugurating things like a “cultural bike trail” and Detroit in the processes of constructing a citywide bicycle path, the evidence is clear. Bikes are taking over the world. Wait…Detroit? Yes—the one time car capitol is in the process of connecting the city by bicycle. To the point…with bikes becoming the new cars and all, you’ll want one that’s got some expressed style. Our pick? Those from a small, Venice Beach, California based brand called Solé Bicycles. They don’t have a lot of bells and whistles and they’re not made to, you know, bike down a mountain, but they look smart and are made from some quality materials. Constructed from ultrra-strong and very lightweight high tensile steel, they’re a perfect, stylish and understated bike for under $400. Right now they’ve got green/gold, blue/white, white/gold and slate/gold options with a pre-sale for summer editions of turquoise white, white/pink and white/gold that will start shopping at the end of next week. Sole bikes start at $379 at solebicycles.com