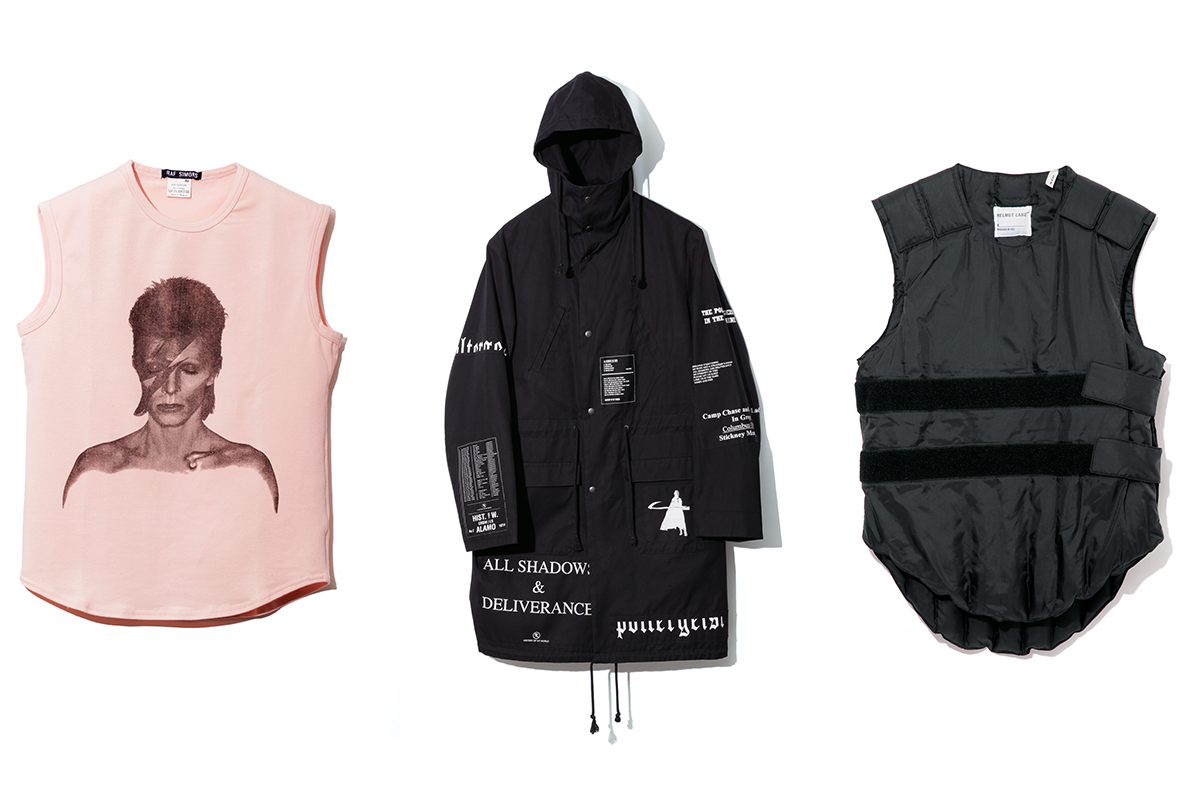 The third rollout of Nordstrom Men’s Concept series reintroduces seminal pieces from the archives of Raf Simons and Helmut Lang. Devised by VP of Men’s Fashion Sam Lobban, the Concept initiative was designed to highlight the best menswear finds from across the world, with the first edition launching back in January. The latest, Concept 003: printings.jp, was organized in partnership with Japanese publisher printings.jp, who also created a tw0-volume book set chronicling each designer’s influence.

Of course, then there’s the clothes. Some highlight resurrected pieces from Simons include a David Bowie tank top, a black printed fishtail parka, and a faded camouflage bomber. From Lang, there’s an orange leather jacket and a military-inspired utility vest, which has emerged as one of the years’ biggest trends. Better shop the collection now before it ends up on Grailed.

Concept 003: printings.jp will be open in the Nordstrom Men’s stores in New York, Downtown Seattle, Vancouver, and online until May 30th.