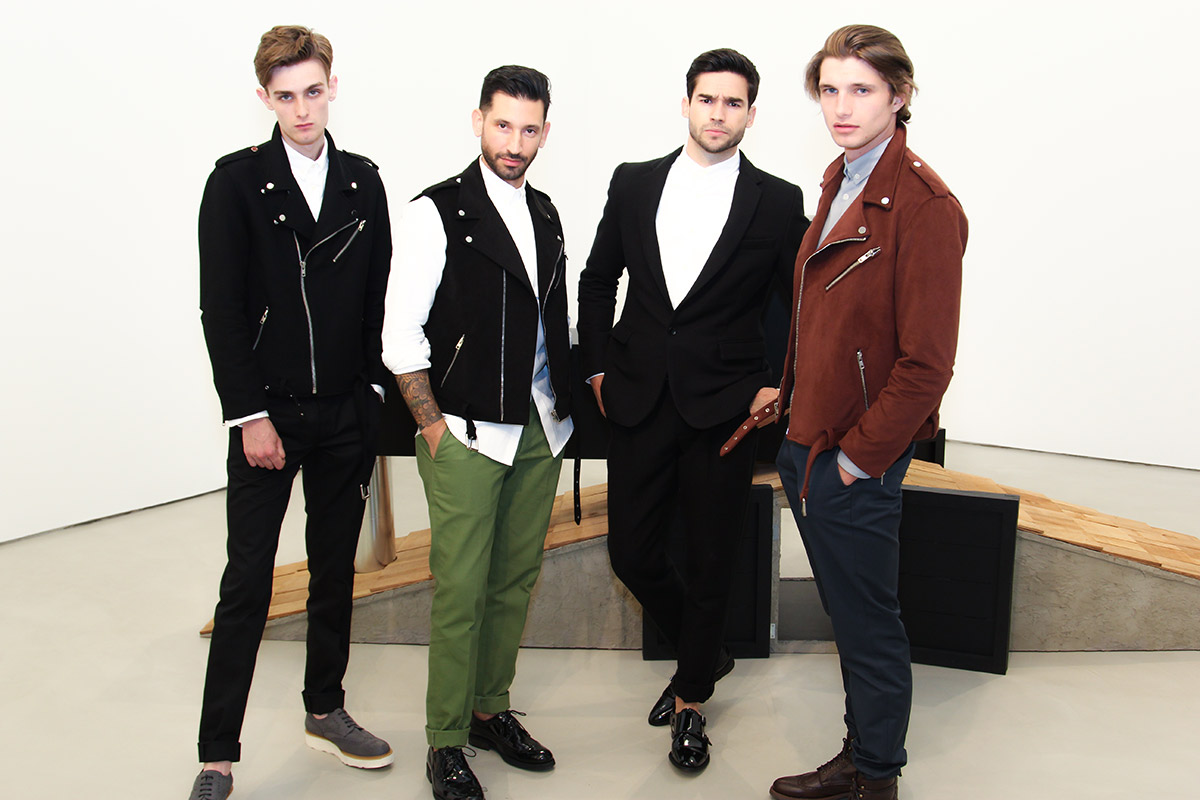 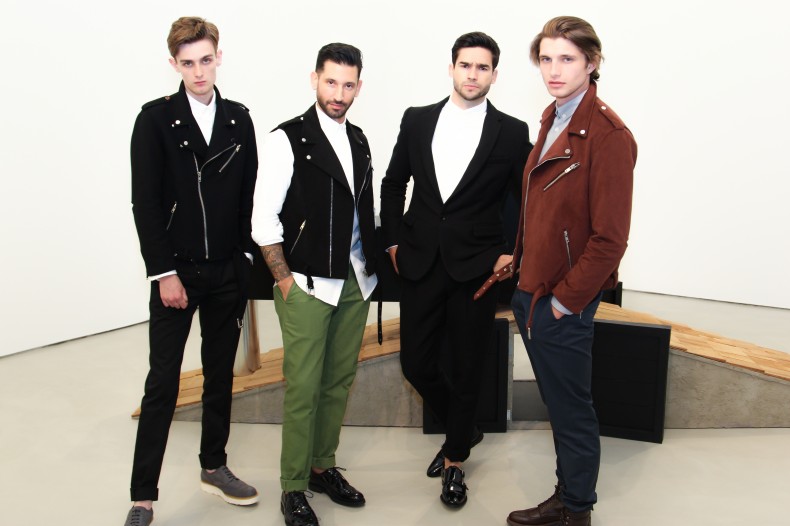 “I never intended to be in fashion,” designer Joshua Katcher admitted last Monday night at his intimate New York Fashion Week presentation, hosted at Alexander Gray Associates‘ contemporary art gallery in New York City. “It was sort of a fluke.”

Katcher, whose high-end apparel brand and e-commerce store Brave GentleMan launched in 2010, developed a sudden fascination with fashion several years ago. “It appeared to me as if it had been invisible, and then was revealed as this incredibly influential medium for communicating values and identity and ideas.”

Brooklyn-based but Manhattan-heeled, the designer’s own values are concerned with humanity’s relationship with animals and the planet, both of which the 33-year-old does his best to protect by being vegan. Sixteen years strong, Katcher initially had a hard time finding attractive outlets that aligned with his plant-based beliefs, so in 2008 he started The Discerning Brute, a blog dedicated to “fashion, food, and etiquette for the ethically handsome man.” It was only a matter of time before he’d embark on manufacturing shoes, suits, gloves, motorcycle jackets, belts, wallets, and hats himself, all of which are sustainably produced in fair-labor conditions. Everything, of course, is cruelty-free, made from the finest alternatives to wool, leather, and suede. He dubs these rebel textiles “future wool,” “future leather,” and “future suede,” as animal-derived fibers are, according Katcher, “a practice of the past.” 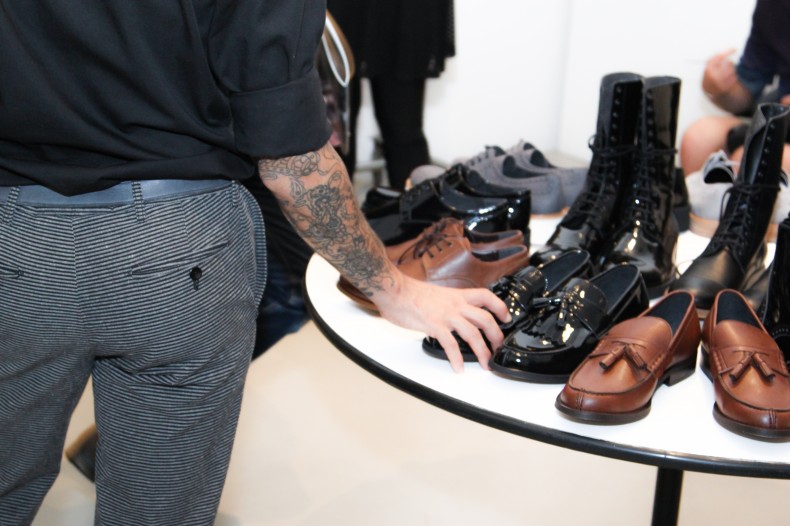 At his presentation last week, the designer’s hats (made by a milliner in LA), footwear (milled in Italy and assembled in Portugal), and suits and accessories (made in New York) took center stage. Guests were treated to a thought-provoking talk about fashion and animals—which will eventually become a book—as well as introduced to the designer’s latest line, a capsule collection inspired by defining and defying classic menswear.

Explained Katcher, “I love playing with the idea of what classic menswear means and how the shapes have evolved and become more cool. A business suit is no longer something that’s frumpy; it’s something that can be form fitting and complimentary to the male figure.” He added, “And I love combining tailored suit elements with elements like a motorcycle jacket or calf-high boots.”

Beyond admiring art and acquiring new clothing, attendees—which included CFDA award-winning designer John Bartlett, a mentor to Katcher—mingled with one another while sipping cocktails and cucumber-infused water and nibbling on delicious cheeses from Miyoko’s Kitchen and luscious macarons from Sweet Maresa’s.

Katcher’s label is available for purchase online and his footwear collection, a collaboration with Novacas, is available in New York City at MooShoes.