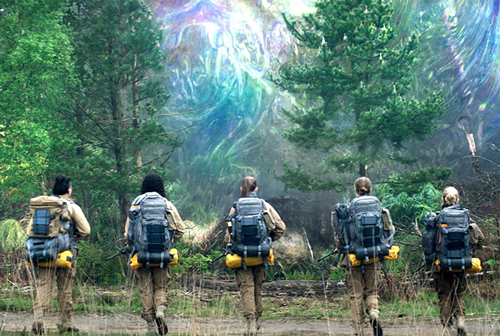 In a time of such rapid technological development and general global uncertainty, audiences can turn to sci-films for gripping social commentaries. I remember when I first saw Ex Machina, writer/director Alex Garland’s directorial debut, and was compelled by how they positioned the role of technology. At first it seems like a clear Frankeinstein-esque man vs. creation conflict, but it’s more nuanced in how it explores the relationship between humans and AI as something that isn’t so black and white.

Garland’s latest feature, Annihilation, kinda does the same with man’s relationship with nature. It’s a hybrid of sorts — part jungle adventure film, part alien/monster movie, and part general sci-fi flick. I’ve never seen anything like it, and it definitely raised more questions than it answered. So if you’re looking for clarity and thorough explanations, it’s not for you. But if you like ambiguous social commentaries of sorts, read on. Potential spoilers ahead.

The film follows Lena (Natalie Portman), a former soldier/scientist, and several other women as they descend into the Shimmer, a weird new ecosystem that appeared a few years earlier (we’re lead to believe from space) that houses weird creatures and an abundance of new life, and is rapidly expanding. Several crews had been sent to investigate the void, but none have returned, except for Lena’s husband (Oscar Isaac), who mysteriously returns a year later, gravely ill and on the brink of death. It’s then Lena decides to avenge her husband and find out what the Shimmer is all about before it spreads and wreaks havoc on the rest of the world. The film’s sequences are carefully measured — gory action scenes and a balance of sharp and insightful dialogue work together towards a slow build up that eventually reaches a climax, yet doesn’t reveal or explain itself entirely. 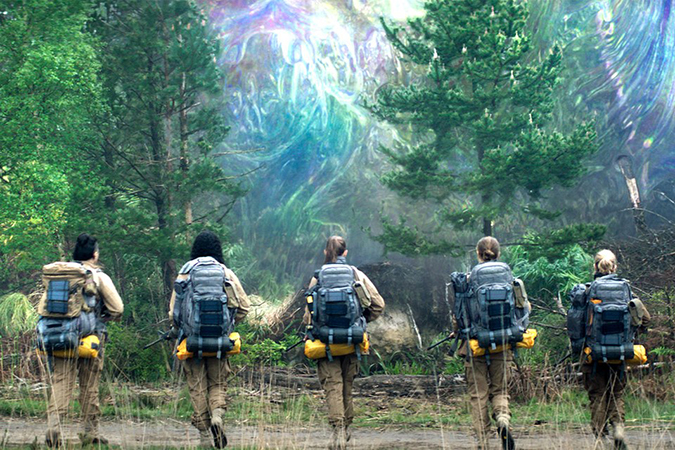 There’s a couple of themes to follow — existentialism and environmentalism being the obvious ones, but I also enjoyed the feminist perspective with the all-women scientist crew heading into the Shimmer and finally figuring out what is going on. However, I feel like the main idea to take away from the film is mentioned in the trailer, when Portman’s character explains that the Shimmer “is not destroying, it’s making something new.” Destruction is a form of creation — an ecosystem evolving without consideration for humans is not necessarily bad. It simply exists. However, the need to destroy what is viewed as threatening or what is misunderstood is an entirely human characteristic, something the film explores thoroughly.

I compare the film to Garland’s previous work since they seem to exist in a similar universe, with each posing a greater question about the future and our role in it. At the end of Ex Machina, it wasn’t that the technology was evil, just oblivious. And I think the same goes for Annihilation — it isn’t the Shimmer that is inherently harmful, it is just operating on its own accord, creating a new world because that’s what it’s biologically programmed to do. How we — the people who have single-handedly destroyed the planet, mind you — choose to interpret that is subjective. The whole world doesn’t revolve around us. Maybe alien involvement could be seen as some type of divine intervention? I don’t know. I’m not a scientist or a film critic. But definitely watch it and see for yourself. It should be on Netflix soon.